Think Twice Before You Try Newsjacking A Tragedy

In the past several months, America has been hit with multiple tragedies—the devastating Hurricane Sandy, the senseless Newtown shoot at Sandy Hook Elementary School, the terrorism at the Boston Marathon, and the heartbreaking West, Texas fertilizer plan explosion. All of these sad events were major news stories, each earning headline coverage for days and weeks. 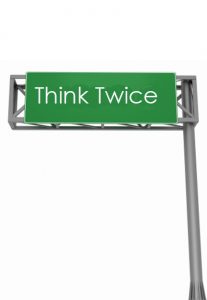 Unfortunately, because tragedies are breaking news stories that generate tons of interest, you sometimes see unscrupulous PR people and business owners try to capitalize on them by injecting themselves into the story. I’m talking about newsjacking. Now, I’ve talked about newsjacking in the past, advocating it is a way to get media coverage for your company. But trying to use a tragedy as an opportunity to draw attention to your company and to grow your brand is just…well, it’s exploitative and wrong (in most cases).

After Hurricane Sandy (a tragedy that took over 100 lives), HubSpot published a post that took a look at the different ways marketers were newsjacking the story. I was shocked and appalled at some of the ways people were trying to capitalize on the horrific events—from an entrepreneur creating a Pinterest board titled “Hurricane Hair” to an online dating website promoting Hurricane Sandy-themed date ideas for its members. (Note: This post was later taken down and deemed to be in poor taste, but you can see the original version here.)

As David Meerman Scott (author of the book on newsjacking) pointed out, this is the kind of behavior that gives newsjacking and marketing a bad name. A tragedy is not the type of story that warrants promoting something as trivial as online dating. As Scott says, “It is a blatant attempt to exploit a tragedy.”

Exploiting a tragedy is unacceptable in my book. If you think that’s what newsjacking and marketing is all about, you’re doing it wrong and you seriously need to check yourself and get your priorities straight…if not for the sake of being a decent person, then at least for the fact that your customers will see right through it and it could cause serious damage to your brand. People aren’t stupid. They know when a company is trying to turn a tragedy into an opportunity to make money.

Now, does that mean that it’s never okay for your company to become tied to a tragic story? Of course not. There are times where companies have legitimate ties to tragedies. Take, for example, the connection between Google and the Boston Marathon explosions. In the aftermath of the explosions, Google set up a Boston Marathon Person Finder page that helped users find loved ones or submit information about someone. This is a perfect example of a company becoming part of the story by legitimately adding value to the situation. Google put its technology and resources to good use, helping in the aftermath of this horrific incident.