How to Think 3 Steps Ahead in PR

Public relations is all about timing. Post something online at the right time and you’re golden – post at the wrong time and you’re out of luck. Release your press release right as the holiday shopping period begins and you’re rich – release it too late and you missed the window. With careful planning comes great reward. 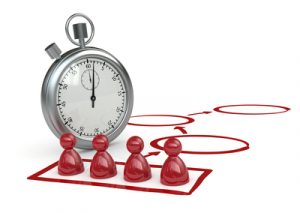 On top of that, you always have to have your next step planned out or at least have one in mind. Keeping a steady flow of info and content is a huge deal as any break in public attention could be costly. You could go from being the next big thing to yesterday’s news in no time flat. Commerce and PR just moves that fast.

This is why it’s important to not just think of your next step but to think of the future. PR is like chess: think 3 steps ahead and you’ll be well on your way to success.

Like capturing the King in chess, you need to have an end game in mind when it comes to your PR strategy. Of course everyone’s initial response to “what are you going for?” is “make a bunch of dough!” However, that’s not the ultimate finish line. Money is a short term thing – you’re thinking in the long term now.

For example, real success for you could be opening a new store across state. Right away you see the difference: instead of just “make money” you now have a focus for your PR. You want to connect with the people who live in the other side of the state so they’ll be open to your store when it opens.

Now you can really start planning. First you can see who lives in that area and what they’re like – it’s across the state, after all, they could be into totally different things. Next you can start orchestrating how you can adapt your current strategy to fit your end game.

Before you know where you’re really heading, it’s hard to plan for anything. Once you get even the faintest idea of where the path goes you can take steps to head that direction.

One thing that might be holding you back from thinking ahead is feeling overwhelmed. For example, you might be thinking that “establishing a social media program” is one step, so now you’re wondering how to move on from that. As a result, you start feeling like you’re in over your head.

But that’s not the reality of the situation. “Establishing a social media program” actually involves several steps, including starting a Facebook page, setting up a Twitter account, etc. Then you have to have content, so you decide to start a blog to have stuff to post. That in of itself becomes a multi-tiered PR move.

By breaking things down into manageable bits, you see more progress. Lumping everything together only gives you reason to freak out and question everything you’re doing. As long as you’re moving forward in your endeavors, no matter how slowly, you’re working towards your ultimate goals, whatever they may be.

How far in the future do you plan your PR?