How to Use Feature Stories as a Public Relations Tool

In journalism terms, a feature story is an “evergreen” story, meaning that its significance won’t fade over time. While the exploits of the latest celebutant have a limited shelf life, evergreen feature stories can run at any time. 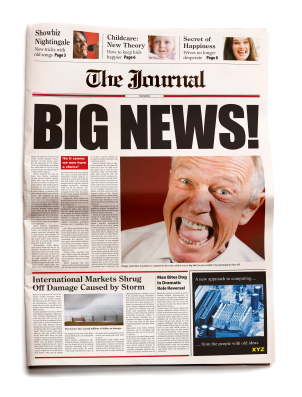 For the public relations professional, feature stories are a great way to get your client or employer exposure in the media even when there’s no breaking news to report. Or better yet, a PR professional can get extra mileage out of a newsworthy event by promoting it twice – as a news story and as a feature story.

The fact that a company invented a battery with an unprecedentedly long shelf-life makes for breaking news. A story about the environmental impact of batteries and how this new battery will reduce harmful environmental effects can be turned into a feature story.

Feature stories are generally longer than news stories, and educate people while helping them understand how to use, choose or buy a product. Or, if your story involves a person, a feature story will give background on that person and explain his or her significance.

Just as with any story that appears in a newspaper, magazine, or on the news, a feature story should have an angle. The feature story’s angle will highlight a facet of an organization, individual, product, service or cause that may have been previously unknown or not well understood.

When it comes to writing your feature story, you can do it yourself or you can hire a freelance writer to write it for you. If you choose to write it yourself, keep in mind that even when a feature story is related to breaking news, its appeal comes from the fact that it is written as a narrative rather than in the “inverted pyramid” news story style.

Many feature stories start with a telling anecdote rather than all the facts. Also, unlike a news story, feature stories do not have to be objective. It is fine to express an opinion in a feature story, as long as the story does not try to deceive or misinform.

The Art of Subtle Name-Dropping

Once you have a completed feature story, submit it to the same publications where you send your press releases. Though, unlike with press releases, some publications might not run your feature story if they know it is being considered by other news outlets. Most larger and higher-quality publications require exclusive material, and you will damage your relationship with editors if they find that your content has been published with a competitor as well.

Where to Target Your Feature Story

As with any publication, make sure you are aware of their guidelines and the types of stories they print before submitting your feature story. A technical publication devoted to industry updates might be receptive to your news release, but not your feature story. A hometown newspaper, however, may be just the opposite. Feature stories do extremely well with smaller publications, especially local daily and weekly newspapers, most of which are fine publishing a feature that is being considered by other news outlets.

After your feature story has been published, do not forget to reprint it on your website. A mainstream media story about your organization, individual, client or cause adds instant credibility.