To people seeking press attention for a story, reporters can be like unfathomable magical creatures. When one does call in response to a press release, it’s like a visit from a unicorn. More often, reporters are like the Loch Ness Monster – rumored to exist, but rarely seen or heard from. When you have news but no one seems to be biting, it is easy to perceive reporters as exotic species always out of reach. 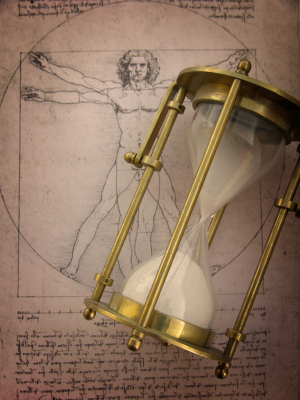 But truthfully, reporters are all too human, and all that want is what any professional man or woman wants – to do the best job possible with increasingly limited time and resources.  That’s why it’s important to stop thinking of reporters as “Bigfeet” and instead put yourself in their (generally normal-sized) shoes.

The number one thing reporters want from you is a newsworthy story with an angle that is relevant to their audience. Give a reporter that story, and he or she will be busting down your door for the rest of the scoop.  Once you’ve found that newsworthy story, follow these seven gold rules to maintaining good relations with reporters:

2.)   Follow up – Reporters see dozens, if not hundreds of press releases per day. Stand out from the crowd by following up with a phone call. This will keep your story fresh in the reporter’s mind and simultaneously allow you to gauge his level of interest.

3.)   Get to the point – Though following up is imperative, keep your phone call short and to the point. Your reporter’s life is based around deadlines, and she will appreciate the fact that you respect her time.

4.)   Be organized – Reporters will appreciate an organized contact person. Be available for phone calls and interviews. Have quotes, facts, and other hard data ready when he asks for it.  The more prepared you are, the easier you make a reporter’s job.  He won’t forget that the next time he needs a story idea or a quote from you or your client.

5.)   Consider your reporter’s schedule – Familiarize yourself with your reporter’s deadlines and do not bother her on deadline day when she’s feverishly typing away on her latest piece.

7.)   Never present a reporter with biased or false information – A reporter’s credibility is based on her ability to report the facts in a non-biased manner. If you offer up bias or lies, she will find out and your credibility with that reporter – and her publication – will be destroyed.

Reporters are people, too. They have pressures, soft-spots and foibles just like anyone else. The next time you try to get a story placed in the media, treat your reporter like a person and not a dragon. He (probably) won’t bite!

This is great advice. This kind of communication will lead to excellent relationships with reporters.

We recently blogged about this topic, and the video shows exactly what not to do.