You can’t work on the same campaign forever. Even if you work at the same company and deal with one company your entire tenure there, at some point you’ll have to hand over the reins. And more than likely that day will come before you retire. 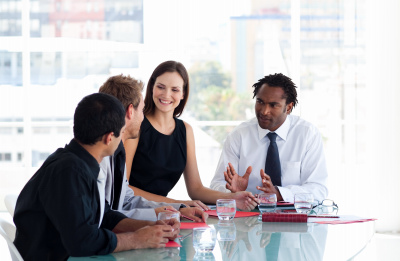 Whenever that day is, you’ll have to train a new recruit. While you may not want to deal with it, training someone directly to do what you’ve done for years is the best way to ensure it will be done correctly. Otherwise, you’re leaving it in potentially unfit hands, which may cost you and the company dearly.

But training someone to take over your old position can raise issues. Here are some things to think about when you’re tackling the training process.

No two people have the same set of skills; even if they do, they’re not all adept at the same things. Some are better at writing, some are better at communicating with customers, some are quicker on their feet than others; everyone’s going to specialize in something.

The problem with training is your new recruit might not exactly be at the level you are. Even if you both love writing and the job is copy heavy, you’re naturally going to have more experience doing just exactly what you do. You will also have different writing styles, too, adding to the confusion.

The trick is to find a common ground. Bring a little bit of both to the table during training. In the long run, this could prove to be a good thing. It could give a shot in the arm to a floundering campaign or even bring in a brand new audience.

Another point of contention during training is the level of interest your recruit has for the subject matter. Say your company specializes in sports PR, you’re more than likely going to hire a sports loving trainee. However, if sports is just one of your many specialties and you hire someone with a strict sports background, the chances of your recruit loving everything you cover are slim.

Make sure the new employee understands not everything they write about or talk about online is going to pertain to them. The trick is to make everyone ELSE love the subject matter. I’ve written about tax codes, weddings, and door frames (seriously), none of which I’m particularly interested in. However, I did my best to enthrall my audience with those door frames.

A more direct issue you may run into when training a new recruit is the cultural issues that pop up from time to time. This could lead to small problems like differences in opinion or big problems like conflict of interest.

For interest, a coworker of mine back in the day was Muslim. One of our clients was a seller of sausage and other pork products. If we weren’t culturally sensitive, we may have just given our Muslim friend the client without thinking about it. But we made sure everything was ok first (it turns out he didn’t mind at all writing descriptions of succulent sausages).

Incidents like these may arise once in a while. If you’re not prepared for them, you may be inclined to react improperly. But keep in mind everyone is different and approaches life from other ways. If the new recruit is incompatible, actions must be taken one way or another.

Have you ever trained a new recruit? How difficult was it?