Recent Press Releases That Show You How It’s Done

Need help with your press release efforts? Looking at samples of press releases is often the best way to know if you’re doing the best job with your own writing. One tendency is to stick to the past and look at press releases that have been successful before. 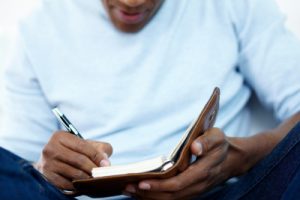 Instead, try reading recent ones and keeping up with what people are saying to the public. Reading old releases is fine, but PR pros have to adapt to how modern audiences react which changes writing styles. At the same time, there are some standards you should apply for every release.

Here are a few recent examples of companies showing you how it’s done.

In case you just woke up from a Christmas coma, Target suffered a pretty bad PR backlash from the winter holidays. There was an extremely large data breach that leaked information from thousands of shoppers from the November and December, meaning many were in risk of identity theft.

Naturally Target had to tread lightly in everything they said. They also had to be up front and direct with the information they conveyed in their press releases.

This press release, that gave more information about the data leak, is a prime example. Here you can see how quickly they cut to the chase, explaining that there was more information given out than just credit card numbers. Also, they are quick to explain that this is not a separate incident, but part of the same data breach that had already occurred.

Also make sure to look at the title, “Target Provides Update on Data Breach and Financial Performance.” Nice and succinct and gets the point across, right? It doesn’t linger around and beat you over the head, nor is it cryptic in any way. You know what you’re getting when you see it.

Google has been rocking the press release for some time now, and their recent one is no different. The web giant acquired Nest, a company that makes automated and self-sufficient thermostats and smoke alarms.

Or, as the press release put it, “unloved but important devices.” This isn’t language you see a lot in press releases, but Google gets away with it here. They’re known for their quirky sense of humor and this is a small hint of it while still remaining serious enough for a press release.

You can also see the press release is quote heavy, with quotes from Nest’s founder and the CEO of Google. While this is again a little unorthodox, it does happen, and since the press release covered all the basics right up front (the who, what, when, etc.) they had time to put that in. Plus, it helps give real perspective on why the acquisition of the company is so exciting.

Again, look at the title – very short and sweet. I can’t stress it enough! If you have an informative and helpful title like this, people will want to read at least the first paragraph to see what the fuss is about.