What to Do with a Failed Press Release

Home » PR Fuel » What to Do with a Failed Press Release

Well, you gave it your best shot. You wrote a fantastic press release, making sure to write in the inverted pyramid format and get in some great quotes and other relevant stuff. You literally couldn’t have done a better job… but it still failed miserably. 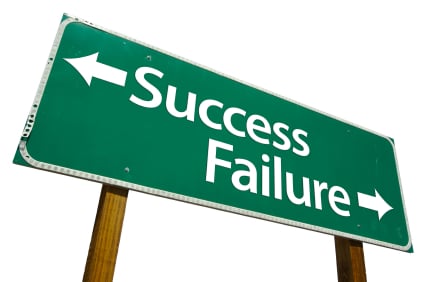 Hey, it happens! Getting a press release out “in the wild” isn’t exactly an easy task because there simply is so much info out there. Sometimes you just get caught in the noise and there’s no way to dig yourself out.

That doesn’t mean your press release is totally dead, however. There are a number of things you can do with it to keep the ball rolling. Here are a few ideas.

Your press release, a feel good story about your CEO that worked her way from the mailroom in a short time, didn’t catch the traction you thought it would. However, you know it makes a good story. Why not use it for material on your blog?

You can go into way more detail here than you could on your press release. For example, you could interview the CEO and get the complete story of her meteoric rise. This could also lead into other blogs on how your company communal environment let her achieve her goals. No matter what your press release was about, there’s an opportunity to expand on it in blog form.

If you’re struggling to find subjects to discuss on your podcast or anxious to start one up and need ideas, look at recent press releases. Whether or not they failed or succeeded you can take the subjects and turn them into talking points for several episodes.

For instance a press release about a new product in your company’s line of fishing lures can turn into all sorts of episodes. You could bring on the designer of the new fishing lure. You could discuss the line of products that goes back to the early 1900s and how they’ve developed. You could talk about the fishing industry as a whole and the new lure contributes to the future of development.

Businesses active on websites like LinkedIn know that active discussion helps bring in more followers and gives you a real presence online. But they also know that sometimes the subjects of these discussions are tough to come by.

With your press release, though, you have plenty of ideas right in front of you. Let’s say the press release was announcing a charity event you’re participating in. You could open a discussion on how vital charitable works are for businesses or even the logistics of pulling off such an event.

The best thing about this is the discussion itself can then lend future subjects to post about. Someone might mention how people question their “sincerity” when doing charitable works. In turn you could post about that to bring in others, potentially bringing up new subjects, and so on and so forth.

How much effort do you put into a press release before giving up on it?