In the early 1950s, Marlboro had a problem. The company that was, at the time, known for selling “Mild as May” woman’s cigarettes had low sales due to studies linking lung cancer to smoking. They needed to do something to spike sales and reach a new audience. Men wanted to smoke filtered cigarettes because they perceived them to be safer, but they didn’t want to smoke a woman’s brand. 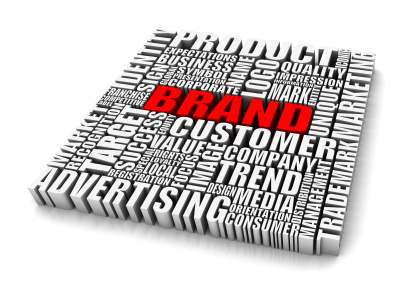 That’s when the powers that be behind Marlboro decided it was time to reposition the brand. The company hired the now legendary Chicago ad exec Leo Burnett to create the strategy. Burnett had created some of the best known advertising characters (like the Jolly Green Giant, Keebler Elves, etc.), but he was soon about to make the most effective character of all time: the Marlboro Man.

The Marlboro Man captured everything Marlboro’s new brand stood for. It was, well, manly. And it worked. Marlboro became one of the most powerful brands of all time.

The point? None of this would have ever happened if the Marlboro brand hadn’t been repositioned. If the company had kept going with the old brand strategy, they very well may have faded into obscurity, but repositioning not only saved the brand, it took it to unprecedented heights.

Could your brand capture true success through repositioning?

It’s difficult to know for sure, but one thing is for certain. If a brand doesn’t reposition at the right time, it could lose that opportunity forever.

Here are the top 5 reasons to consider repositioning your brand.

1. Sales are declining – This is one of the top reasons Marlboro decided to reposition the brand in the early 1950s. If your sales are dropping, it’s important that you take a step back and figure out why this is happening. It could be that your brand needs to be refreshed.

2. Your target audience is no longer the best target – Marlboro had been targeting women from the 1920s to the early 1950s, but when they saw that women weren’t the most profitable target, they made the switch and went after the manliest of men. It was a total 180, but it worked wonders. Is the customer you’re targeting really the customer that’s going to make you the most money?

3. Your products and services have evolved significantly – Over time, companies change. You add new products, refine old products, expand the business, and so on. This helps you stay relevant, fresh. But after adding and changing your offerings up over a long stretch of time, it’s very likely that the branding strategy you started with no longer reflects what your brand really is. It’s out of sync, and it needs to be changed.

4. New competitors have a better value proposition – Rest assured, the competition will eventually render your initial position ineffectual. They’ll either do this by making it seem ordinary over time, or new competitors will flat out blow your position out of the water with something way better. In that case, it’s keep up or get left behind.

5. Customers think you’re outdated instead of established – There is something to be said for being an established brand that customers can trust. But just because your brand is old doesn’t mean it’s good. Customers may see you as outdated, out of touch, and irrelevant.

Have you ever gone through a successful brand repositioning?

Thank you for sharing your thoughts. I truly appreciate your efforts and I will be waiting for your further post thanks once again.