Online press release distribution has become an integral part of most PR campaigns. Thanks to the internet, you can now get your news spread faster than ever before. 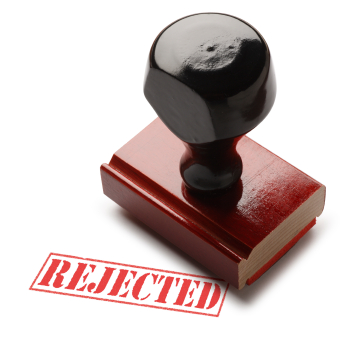 Here are the 8 most common reasons press releases get rejected online.

1. You submitted too many in a day – Press release directories want to make sure you’re not spamming them with a bunch of garbage content. That’s why a lot of directories only allow you to submit a certain number of press releases (usually just one) each day. If you try to exceed that number, your press releases will get rejected.

2. It has no news value – The purpose of a press release is to announce news, not to make a sales pitch. If your press releases don’t contain actual news, they will get rejected. Check out this post on what makes a press release newsworthy.

3. It contains personal opinions – Despite what you see on cable, news is supposed to be fact-based, not opinions. Your press releases need to be written from an unbiased point of view. Focus only on the facts. Don’t include unsubstantiated claims, speculation, or marketing hype.

4. You stuffed too many links – Most press release directories will only allow a certain number of links to be embedded in a single story. If you try to send in a press release with too many links, they won’t take the time to remove the extra links. They’ll simply reject it instead.

No matter which press release outlets you use, your press release will very likely get rejected if you make any of these mistakes. Always take the time to make sure you’re distributing well-written, newsworthy press releases that people will actually want to read.

What are some other reasons you’ve seen press releases get rejected for?

Good to know these reasons. I am going to take a look at you list of 24 Press Release Dos and Dont’s as well.

Before hitting ‘publish’ or really…”REVIEW to Publish” {aka ‘submission’}, people need to think, “What’s in it for them?”–You ultimate reader, your target market, the consumer, and Stop thinking “What’s in it for me?” the producer.

This is good info but very basic. I’ve been looking for a table that shows what distribution sites support what HTML objects in press releases, but no luck.