Press Release Errors that will Doom Your News to Failure

I’ve written about press release errors to avoid – below are more PR failures that are all too common:

3 Times When You Shouldn’t Write a Press Release

Here on the PR Fuel blog, we spend a lot of time offering tips for press release writing, covering everything from how to hook editors with strong openings to fact checking your press release. Today, I want to go in a little bit of a different direction. I want to talk about not writing press releases. More specifically, I want to discuss the situations when you shouldn’t write a press release because it’s a waste of your time. 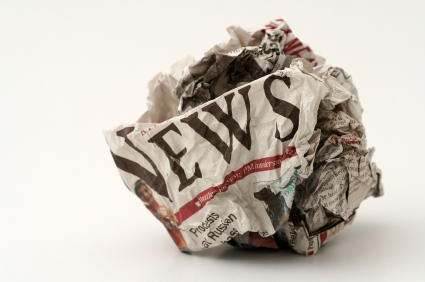 There are three times I can think of when publishing a press release is a bad idea. If you can think of other situations, leave a comment and add to this list.

2. You have nothing to say – A while back, PR Fuel published a collection of press release topic ideas. If you ask me, there’s almost always a story to be told. But some businesses don’t know how to find those stories, and they don’t have anything important to say. As a result, they end up sending out a boring, lifeless press release that stands no chance of getting picked up. It’s a total waste of time.

3. You don’t have a plan – The main reason PR campaigns fail is because there isn’t a plan. You can’t haphazardly send out press releases every few months and expect to suddenly end up on a couch across from Oprah. You need to have a plan and goals. Every press release should serve a specific purpose, and you need to be committed to long-term press release distribution. That’s how you get results.

Press releases can be a great way to spread the word about your company’s exploits and news. However, they also have the potential to backfire horribly if you’re not careful! Most bad press releases get ignored or tossed in the trash, but occasionally one makes it through the gates. In this case, you may have gotten in over your head! 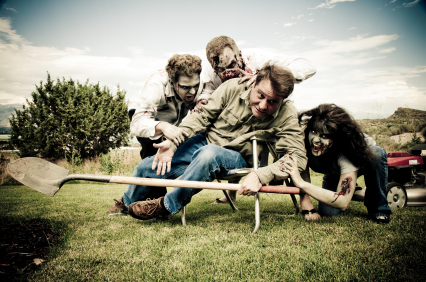 Why? Because not only was the press release bad, the information contained within is either misleading, TMI, or just plain wrong.

Your current promotion involves a big treasure hunt for your loyal customers. It sends them all across town in a fun game that also offers them free items and discounts on future purchases. So you set about writing up a great press release about it.

Unfortunately, you finish writing the press release before all the details have been finalized. As a result, it has several places mentioned that may or may not participate now.

This confusion will cause some major headaches down the road for everyone involved – especially those customers roaming around town looking for clues! While some are still able to solve the puzzles and get the promotion just fine, others are angry they were misled by the whole thing.

Always make sure the facts are backed up on your press release. Verify everything before it comes out or it will cause big problems!

Ah, the classic overshare. Now, TMI (or Too Much Information if you didn’t know) doesn’t have to be something degrading or awful you put out to the world. It can simply mean you’re just putting way to much info in the press release and it may damage the overall message.

For instance, your company just suffered a major economic downturn and is letting several members of the staff go. You don’t want to let your customers think the company is going to fold, however, so you try to come up with a good angle.

To take pressure off the company, you try to include as many good things that have happened over the years. But instead of giving confidence, it comes off as a cheap ploy or desperate grasping at straws. The customers leave anyway because you were giving out way too much information. Try to be more succinct in your press releases – if it seems extraneous, it probably is!

Giving out wrong information in a press release can not only damage the relationship you have with customers, it can land you in court!

Say you’re running a promotion soon that gives great discounts for certain items. Unbeknownst to you, those sales items have similar item numbers to other products. As a result, you accidentally print the wrong numbers.

Come sale time, quite a few people are going to be more than a little miffed when they come in to your store and can’t find the items listed. They may even report you for false advertising, which will really land you in hot water!

Again, always be sure your press release is accurate in every way, shape, and form. Otherwise, there could be some very real consequences.

There’s no glamour in writing press releases. It’s not sexy. It’s not terribly exciting, either. And there’s no fame and fortune waiting for a press release writer. But make no mistake, there absolutely is an art to writing great press releases. And when you’re competing against hundreds of other press releases trying to grab a reporter’s attention, you’d better hope you didn’t make any of these annoying mistakes when writing your release:

5 Grammatical Mistakes That Will Make Your Readers Shake Their Heads

I’ve spent some time on here in the past discussing why I think proper grammar matters in press releases. It matters in all of your writing, in fact. It even matters in blogging, I’d argue. Sure, blogging is less formal, and it’s okay to bend some grammar rules here and there if it helps you communicate more effectively. Heck, I’ve certainly bent and broken my fair share of rules on this blog, intentionally and unintentionally.

However, there are certain grammatical mistakes that you simply can’t break. When you break them, it makes you look just plain stupid, to be quite honest. It causes you to lose credibility with your readers – whether that reader is a guest on your blog or a reporter you’ve just sent a press release to.

So, which grammatical mistakes do you have to avoid at all costs?

1. Using of  instead of have

This one drives me a little bit insane whenever I see it. The phrase is could have, not could of. It’s should have, not should of. And it’s would have, not would of. I understand that when you hear it said aloud it sounds like the person is saying of, but they’re (hopefully) saying have.

2. Getting your yours, theres, and its mixed up

I’ve gone over these mistakes a few times in the past, so I’ve combined them all into the #2 spot on this list. Let me just repeat what I’ve said in the past to make this easier:

Their indicates possession, such as we are going to their house.

There refers to a place, such as place the bags over there or there is a bookstore on Main Street.

They’re is a contraction of the words they and are. For example, they’re coming over for dinner at 6 tonight.

Your indicates possession. For example, do your homework or clean your room.

You’re is a contraction of you and are. For example, you’re going to get in trouble if you don’t clean your room.

It’s (with an apostrophe) means it is, like it’s going to be a good day. Its (without an apostrophe) indicates ownership, like the dog chewed its bone.

3. Mixing up loose and lose

Regardless of what you might see all over the internet, irregardless is a word used by ignorant people who should be simply saying regardless.

I have to wrap up this list before I throw my laptop across the room (by the way, it’s throw, not through). Supposably isn’t a word. That’s all there is to it. The correct word is supposedly.