I’ve maintained for years that most press releases simply go nowhere, but this fate is completely avoidable. Below you can review the main reasons press releases fail, some horror-show headlines, and a great example of a headline makeover!

Why Most Press Releases Don’t Matter

Inject any reporter with truth serum, and they’ll tell you that 99% of press releases they receive don’t matter and get deleted. Most press releases suck, and they’re a waste of words and a waste of everyone’s time, from the person who wrote it to the reporters who get bombarded with it.

But the fact still remains that press releases can be your ticket to landing the media coverage you desire. So instead of abandoning the idea of press releases altogether, let’s focus on the mistakes you might be making that are causing your press releases to be ignored.

Instead of sending a regular press release, use an infographic to tell your story. Add some video or photos to get your message across. Instead of including a generic quote from a company executive, get a quote that actually adds to the story and makes the press release more interesting.  Instead of trying to promote your product blatantly, tell a real story about real people.

Be creative. Be daring. Be unique. That’s how you’ll create a press release that matters.

Press Releases that Have Little Chance of Making it

Look, I’m not saying press releases that meet the criteria on the list below are GOING to fail. If you’ve written up one of the following press releases and you feel like taking a chance, go for it. The funny thing about press releases is they can be fairly unpredictable – just like the average day in a newsroom. 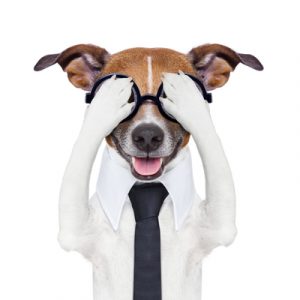 However, it’s all about increasing the odds. You don’t wear a seatbelt because you’re 100% sure you’re going to be safe in a wreck; you wear it because it increases your chances up towards that 100%.

What I’m trying to say is writing one of these press releases is like riding in a car without a seat belt. Just don’t do it!

Did you just hire Bill Gates as your CEO? Has Warren Buffett signed on as a financial advisor? Is Christian Bale quitting acting and joining your team? Then you should definitely write up a press release, because those are big changes and each one is big news.

Did Bob from accounting move up the ladder to VP of Sales? Did Janet from tech support work her way up to CIO? While these stories are interesting to you, they are not going to be interesting to 99% of people who read newspapers or other media. The #1 rule of a press release is to make sure it’s interesting to the public. If it isn’t, it’s dead in the water.

Two years ago Citigroup fired a significant portion of its staff. The ensuing press release was an absolute nightmare. It used the word “repositioning” over and over instead of discussing why it had to fire employees. It wasn’t until several paragraphs in that it was clear what they were actually saying.

Even worse, they tried to spin the news into a “new step forward” story. This was a terrible time for their former employees and Citigroup decided to focus on how great it was for the company instead.

Of course the story became about how bad the press release was rather than what Citigroup wanted. If you have bad news, be up front about it. Journalists will sniff out the real story if you don’t.

Your company is about to release the Vacuumatic 5000, the most impressive vacuum cleaner ever. You’ve already sent a press release about the actual product, but you don’t think it got enough coverage. So you set out to write a brand new one that talks up the vacuum but is disguised as a story on how dust bunnies have exponentially increased in recent years.

Not only is this obviously a shameless attention grab, journalists will see through it immediately. It has very little to do with your product and you’re just trying to sneak your product into the public’s eye. It might work for a white paper, but press releases need to be direct and up front with their intentions. Wait for some actual news to come from your company and try again.

Read This Post To Discover The Secret To Becoming the Richest Person On Earth!!!

I lied. I’m not going to tell you how to become the richest person on earth. Sucks, doesn’t it? 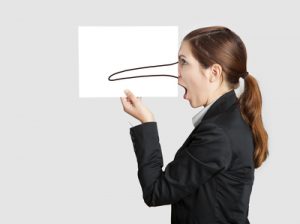 But what I did is no different than what I’m unfortunately seeing on a regular basis with other press releases, blog posts, emails, and so on.

A great press release headline sucks the reader in. It grabs the attention of the reporter and makes him (or her) want to find out more about your story. And if the rest of your press release delivers on the promise of your headline, you’re golden. Of course, that’s a big if for some people. See, some of you reading this are headline liars.

That’s right, I called you a liar.

Look, we live in an age where our audiences are bombarded with more content and more distractions than ever before. We need any edge we can get to stand apart from all the noise, even if just for a moment. So, sometimes, some of us stretch the truth a little bit in our headlines with the hope that it will get the story noticed and earn some coverage. It’s just a little white lie, right?

The problem with making a promise in your headline that you don’t deliver on in your story is that it instantly kills your credibility. Fool a reporter once and you’re done forever. Anything you say going forward won’t be believed. So is it really worth trying to pull a fast one when you’re running the risk of ruining your reputation and burning bridges permanently?

The fact is that if you have to come up with a misleading headline, then your story isn’t that good to begin with. So instead of trying to put a pile of garbage in a nice, pretty package, try to come up with a story angle that’s so compelling your headline will practically write itself. That’s how you’ll get the kind of attention you really want.

And the candidate for Worst Press-Release-of-the-Week™ is actually a media alert:

The headline tells nothing about the importance of this media alert.

— Why does this video matter?
— What is Willis?
— Why is this announcement important?
— There is no company boilerplate in the alert.
— There is no mention of a specific industry.

I can’t help but think this was a true opportunity lost. Very few journalists are going to bother researching a company without a strong foundation.

After writing headlines for press releases for quite some time it can be difficult to come up with brand new ones. You increasingly need new ways to hook readers in, especially in this hyper-fast digital world. If your headline doesn’t hook the reader immediately it’s likely it will get lost in the shuffle of everyday life.

To help you out, here are a few cases where a “meh” headline turns into something more noticeable and enticing. These “makeovers” should help you get some ideas on how to rope readers in quickly. 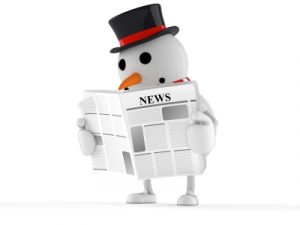 Headlines work best in press releases when they’re easily digested. Your initial reader, the reporter or editor at the newspaper or magazine, has to go through a ton of these things every day. If they glance at your press release and the title is super long it’s just one in a long list of things they can use to ignore you.

Short, concise, and informative as possible is best. Try to get your point across quickly while also giving readers something to grab onto. Try these instead:

“YumYumBeenz Lets You Eat Your Caffeine”

Readers likely don’t care about the company making an announcement, so there’s no reason that’s there. Just get to the point – you can now eat your coffee cups. That’s the story, and it’s a great one.

People love numbers, whether they realize it or not. A good percentage or other relevant data can give the something to hold onto, something that gives them perspective on the story. They understand the “world” of your press release a little more.

If you don’t have any data, it might be worth gathering some. For instance you could run a poll on your Facebook feed to find out what people think about edible coffee cups. Then, you could use this in your press release headline.

Right away readers not only have an idea what the announcement is about but also have some data to latch onto. You accomplished two things at once.

Bring in Some Emotion

But let’s take it a step further. More than just being informative you want your press release to inspire emotion in readers. Finding out new info is fun, but feeling something will make them remember the press release.

You figured something out with the 90,000 pounds example above – saving the Earth and being green is a big deal. Now it’s time to really take it to the next level with something that makes readers feel how important it is to buy these edible cups.

“Edible Cups Save the Earth One Coffee at a Time”

These types of headlines don’t just inform, they instill a sense of urgency with readers. Anyone who cares about edible cups will likely already be concerned with saving the planet. They’ll immediately take notice of the headlines and at least check out what you have to offer. And that’s really all you can ask of your press releases.

How many times do you rewrite a press release headline? Let me know in the comments!