If you didn’t cut your teeth in the world of public relations, talking to another PR professional can be like trying to decipher an ancient language.  Study up on this glossary of some of the more obscure PR terms and you’ll be speaking in code with your PR colleagues in no time. 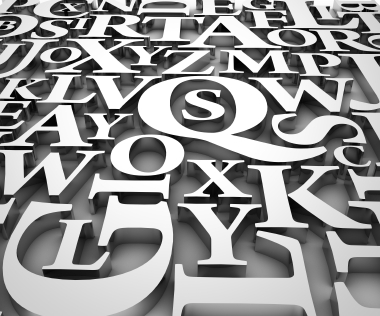 Advertorial – An advertisement in a print publication that looks and reads like a news article.

Angle – The perspective from which a newsworthy story is presented or written. Because most topics are too large to write about in their entirety, an angle is necessary to narrow the topic down.

Backgrounder – A brief document providing background and pertinent vital information on a company.

Boilerplate – A block of text that is often reused from document to document without being changed. The company description included at the bottom of press releases is generally a piece of boilerplate text.

Circulation – The number of copies distributed by a publication. This number is checked independently by the Audit Bureau of Circulation (ABC).

Dub – A copy of a radio or television story.

Editorial Calendar – A publication’s schedule, detailing the different topics they will be covering throughout a given year. PR pros consult editorial calendars so they know when to approach an editor about a fitting story topic.

Frequency – The average number of times a media consumer is exposed to a PR message.

Horizontal Publications – A business or trade publication designed to appeal to users across different industries. (As opposed to Vertical Publication).

Lead Time – The period of time reporters or broadcasters need to prepare a story for air or publication.

Media Advisory – A media advisory is sent to media in order to entice them to attend a press conference or other event of interest. Unlike a press release, a media advisory does not tell the whole story.

Message – An agreed upon statement or overall effect that a company wants to convey to the press and the public.

Pass-along Rate – A measure of the amount of times a publication, press release, brochure, etc. was given by one individual to another. This number is higher than circulation because it counts the times the same item was passed on to a new person.

Reach – A calculation of the total number of primary readers (i.e. circulation) and pass-along readers of a publication.

Sidebar – Part of a news story that providing extra information that is relevant but not necessary to the overall story. Sidebars usually appear set apart from the body of the story.

Tonal Bias – The tone of an article or broadcast report.  Tone can be positive, negative or neutral.

Vertical Publication – A business or trade publication designed to appeal to people in a specific industry, profession or job title.  (As opposed to Horizontal Publication).

Wire Service (or Newswire Service) – A service that collects and distributes news to subscribers such as newspapers and broadcast outlets. Well-known press release distribution wires include PR Newswire (our partner) and Businesswire.

great, I am able to add this list to the common list of PR abbreviation for my PT student, thanks
@jlnawan

In advertising, Reach is defined a bit differently – it’s the percentage of a particular target audience that you can confidently say you’ve exposed a message to (e.g. 12% reach to Chicago females 25-35 with HHI of over $100k). Unlike broadcast, the reach definition in advertising places the highest value on reaching the *right* audience with a defined message. Reach is generally paired with “Frequency” – the number of times the target audience is exposed to the message in that particular media. You get almost no recall or awareness of a message until you hit the magic three exposures.

I understand this is PR definitions, which often follow broadcast/publisher definitions – but consider that publishers and broadcasters gain from claiming a much higher reach, and they’re not incentivized to change their ways or even measure accurately. Who’s side is PR on? When you look at it from an advertiser/brand perspective, the potentially inflated number (with perhaps no targeting) has less meaning than an advertising “reach” in calculating likelihood to act, or changed attitudes.