How to Write Press Release Leads

There’s nothing more disappointing than announcing your great news to the world through a press release only to wait by a phone that doesn’t ring or an email inbox that remains forlornly empty. Your story was newsworthy! Why did no one care? Well, guess what. Sometimes it’s not your news – it’s your press release. 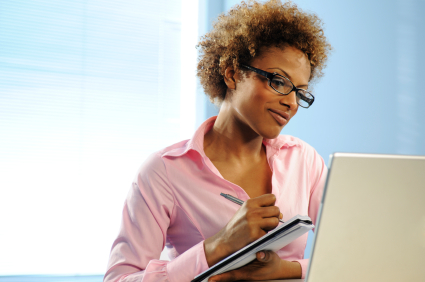 There is a formula to press release writing and the chief ingredient in that formula is an attention-grabbing lead paragraph. Follow these 5 steps to write leads that will showcase your newsworthy story to its fullest potential:

1.     Know Your Angle – Determining your angle is the most crucial step you must take before you even begin writing your press release.  Ask yourself what about this story will get people’s attention and leave them wanting to know more.  While all the scientists at your pharmaceutical company may be enamored with the unusual chemical properties of a new drug, the general public is going to want to know less about that and more about the fact that it cures cancer.

2.     Know Your Audience – On the other hand, if you are hoping for coverage in scientific publications, your audience may indeed be more concerned about the chemical properties of your new drug than its efficacy. When preparing to write the lead paragraph in your press release, imagine your target audience and craft a lead that will appeal to his or her sensibilities.

3.     Include the 5 W’s and the H – Who? What? Where? When? Why? How? Journalists are trained to think this way and will appreciate getting all the pertinent information up front. Reporters often cover specific beats, so featuring the 5 W’s in your lead lets them determine if they want to know more about your story without wasting their time if they don’t.  Remember, newsrooms can receive hundreds of press releases per day.

4.     Reveal Your Angle Right Away – Which opening sentence captures your attention? “Space aliens touched down at a Des Moines farm yesterday…” or “Des Moines citizens were agape yesterday when Farmer McDonald confirmed that something amazing from the sky had appeared in his cornfield.” The first sentence is direct and to the point. It reveals “what,” “where” and “when” in just 10 words, while the second sentence doesn’t even state the newsworthy angle.  Don’t try to build suspense, and don’t be too wordy. Leave it to reporters to add local color and flair to your story. You want to grab attention from the very first word and then, once you have it, hang on to it.

5.     Watch Your Language – That doesn’t mean no swearing, even though you should avoid that, too. It means watch your writing style. Are you using active instead of passive voice? (Active voice: “Space aliens landed in Des Moines.” Passive voice:  “Des Moines is the place where space aliens landed.”) Active voice allows you to say more in fewer words and is always preferable to passive voice. Also be sure to employ economy with words. If a phrase or sentence adds no new information, cut it out.  There will always be time to elaborate on certain points in the body of the press release or on the phone with reporters.  Also avoid industry lingo when possible. Industry insiders may appreciate it, but an acronym-laden press release will limit hold limited appeal for the general public.

Do you have any tips on how to write effective press release leads? Share them below by leaving a comment.