Do You Understand the Real Purpose of Press Releases?

We spend a lot of time on this blog discussing tips for writing better press releases and interacting with reporters more effectively, but I think it’s important that we take a step back and remind ourselves what the true purpose of the press release is. Thanks to online press release distribution websites, more and more people are treating press releases as the finalized version of a story that’s ready to be printed, but that’s not what a press release is supposed to be. 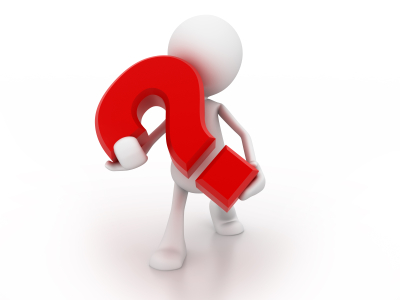 Sure, a press release does need to identify the news hook (the piece of newsworthy information that makes your story special), but it shouldn’t tell the whole story. The purpose of the press release is to get the reporter’s attention so that they seek you out for more information. In other words, the press release is supposed to be just the starting point that encourages a reporter to write an actual news article based on your story.

A press release isn’t supposed to be written as a news article or feature. And even though the internet has blurred the lines between news and press releases, reporters still do make the distinction between the two and understand the difference. The press release is a description of the news, not the full news itself.

I’m saying all of this to remind you to craft your press releases in a way that they can be read easily and quickly. The press release should instantly reach out and grab a reporter’s attention. The hook and theme of the story should be featured prominently in the headline and lead. Don’t bother cramming in a bunch of details into your press release. That’s not your job.

Do you agree? Or do you think the purpose of press releases has shifted over the years?

Another purpose for press releases for our clients is as a search engine optimization tool to create in-bound links to their websites.

Another great article, Mickie. Love the line, “The press release is a description of the news, not the full news itself.” Selah.

I agree that releases should be a description of the news and not be full-feature articles, however, the argument that releases should only target the media isn’t the case today and arguably hasn’t been the case for pushing on 10 years. Releases need to be crafted for all audiences and have to both entice the media to use them within their own reporting and provide sufficient material to for everyone else at the same time. In the past many journalists settled for being ‘churnalists’, just syndicating large parts of releases, but this is also now being supeceeded with a move towards curated content where journalists use releases in their reports and provide a wider commentary around the subject and on points offered in releases.

I’m a journalist and have worked most of my career as an editor. I’ve always hated press releases which turn up on my desk written like finished stories.

The best release would be a few lines – bullet points will do – and some contact names and numbers. Maybe mention of some decent photos too.

From where I sit any more than that is wasted effort on the writer’s part.

Nice to read, The main purpose of all press releases is to promote something specific, like an event, accomplishment, or significant changes or happenings as I know about it and helpful in getting traffic to your website too.