Deny, Deny, Deny: How to Embrace Denial in Your PR Campaigns

“Denial” isn’t a word you hear around the PR community too much considering it’s the opposite reaction you want from your customers. The last thing you want is to see people, upon experiencing your new campaign, covering their ears and shouting, “No, no, no!”

But denial has to be taken into account when designing any public relations movement. After all, it’s not just a river in…well, you know. No matter how inclusive you want to make your campaign, some will automatically balk no matter what, especially long time customers. They want things the old way or are totally against anything new and nothing will change their mind. (Ex: GoDaddys’ “The Kiss” commercial during the Super Bowl this year.) 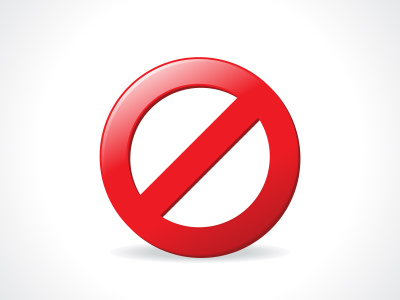 Your job, then, is to change their mind! While this sounds totally impossible, it can be done, but there’s one big question you have to ask yourself first.

Are They Worth It?

Yeah, that sounds really mean. But it’s an honest question. If a group of customers is totally against everything you’re doing no matter what, it’s going to take a lot of energy to get them back. What if you spend all that energy and receive very little in return? It’s a complete waste, and that energy could’ve been spent in better places with your company.

When confronted with a new idea, many go through what’s known as cognitive dissonance. In English, it means a new idea literally causes them discomfort. The group of customers isn’t railing against you for no reason – it’s just making them uncomfortable. Physically!

If you do decide that group is worth it, you have to work on getting rid of their cognitive dissonance. Figuring out a way to make the group comfortable with the new idea more than likely will mean changing your tactics or even ideals. Remember, they’re the ones uncomfortable, not you. If you can justify changing tactics and still move forward with your business, more power to you.

Using Denial to Your Advantage

Of course, denial can also be used in the exact opposite way. Cognitive dissonance means your customers don’t want to even hear about change. If you can further convince them using your company’s product means they never have to face that uncomfortable change, they’re yours for life.

I’ve made this sound insidious, but it’s not quite like that. Have you heard the Duke’s mayonnaise commercials? The selling point is the recipe hasn’t changed in a zillion years. The commercials are there to point out that if you want consistency in your life, you should eat Duke’s and nothing else. Switching mayonnaise would lead to disaster in your entire life.

When a customer walks down the condiments aisle, they’ve already set their mind what they’re getting. That coupon they got for Hellman’s? Forget about it, it’s Duke’s or nothing. Not for any real reason, but because Duke’s campaign told them eating other products is insane.

Of course, Duke’s has been around for a long time, and your company likely has not. However, utilizing cognitive dissonance may come from other areas – for example, reminding your customers that your policy and/or team members have not and will not ever change.

Can you think of a time you experienced discomfort from a new idea?