The Essence of Public Relations in a Digital World

It’s safe to say that PR has adapted to the digital world safe and sound. Some industries, like buggy whip crafting, just don’t translate to new technologies and fall to the wayside eventually, but PR has managed to survive the transition. While some things like press releases are in danger of eventually falling away, the industry as a whole is fine. 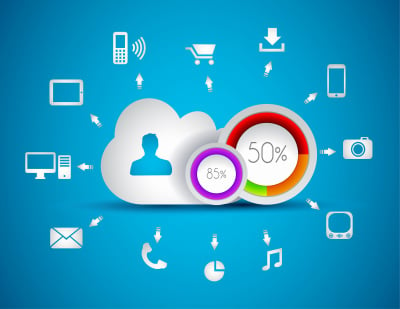 But a question then pops up: how much of the essence of public relations has survived? Is it still the same thing that appeared so many years ago in the wake of a train crash, or is it something completely brand new? Surprisingly, the answer is a little bit of yes and no.

It’s fairly common knowledge, especially among PR pros, that modern PR started in the early 1900s when Ivy Lee sent out press releases to papers to control the talk around the 1906 Atlantic City train wreck. Later, the “father of PR,” Edward Bernays, refined and perfected most of the tactics we all use today.

Back in the days of Lee and Bernays, public relations was a way to figure out how to successfully use consumers’ brains against them. For example, Bernays is the reason we associate bacon and eggs with the “all-American breakfast.” Why? He was working for bacon companies and came up with the idea to use doctor and physician “advice” to convince people to eat those items.

Another example was with his client Lucky Strikes. Bernays organized an Easter parade and had models hold up lit Lucky Strikes – but they weren’t cigarettes, they were “Torches of Freedom.” How could you not buy them, especially if you were a woman who had previously been told you shouldn’t smoke?

It’s no surprise that Bernays’ uncle was none other than Sigmund Freud. Both of these legendary figures understood that people subconsciously reacted to situations in a certain way. As a result, though, PR got the reputation of being “manipulative.” Which, at least in those days, wasn’t far from the truth.

Along came computers. Information was suddenly everywhere. If someone wanted info on a train crash, they just used a search engine and found several news items on it. Now they just go on Twitter and it’s likely trending. Information is everywhere.

So “manipulating” people like in the days of Bernays and Lee is far more difficult. If BP had tried to game information about the big oil spill so many years ago it wouldn’t have worked. There are just too many eyes and ears around. In any case, PR has moved on from that, and the computer has just amplified this.

I feel like PR is finally becoming what the name always implied – putting the “public” in “public relations,” so to speak. The industry now is really about connecting with people. Customers don’t want to feel like they’re being marketed to all the time. They want their favorite brands to feel like a place where they know someone – someone who will talk to them, understand their problems, and have their best interest at heart.

At the same time, companies are always looking for new ways to drive sales. In the end that’s why PR exists; without money coming in, there’s no business to attend to. So in that sense PR has remained the same – control the conversation, and bring more customers in for more sales.

How much do you think PR has changed over the years?