The Value of Adding an Info Box to Your Press Release 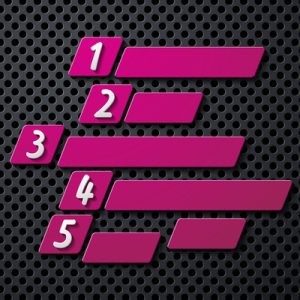 What’s an info box? It’s a small text box that contains a few bullet points that sum up your story and perhaps add a little depth to it. You can include some relevant statistics here to support the story and reiterate the main hook. The great thing about an info box is it jumps off the page, it lets the reporter pull out the key takeaway quickly and easily, and it gives the reporter a little more info to work with when fleshing out your story. Even better, the vast majority of press releases don’t contain info boxes, so it immediately sets yours apart.

Jocelyn Broder, a former editorial assistant at The Oregonian, PR manager at a public relations agency, and current Director of Communications for a nonprofit organization, recalled a story that highlighted the usefulness of the info box in the press release. She told Journalistics, “I once covered KISS (the rock band) because I needed to fill six inches of Halloween fun.  The KISS release used a stat box of how many gallons of fake blood and makeup had been used at concerts since they first started.  The point of the release was they were coming town for a concert, which I included.  But it made the paper because of the make up and fake blood info.”

The info box in the KISS press release is what caught Broder’s eye. It jumped off the page, contained interesting information, added depth to a pretty basic story about their upcoming concert, and made it easy for the reporter to create a quick, effective blurb for her newspaper. In short, it took the press release from average to remarkable.

A simple box with just a handful of bullet points could make all the difference in the world for your press release.