Many companies and PR pros go through it – suddenly you find yourself on the bad end of a negative campaign. Instead of making big bucks and becoming famous, you or your client is forced to quickly save face. Worse, it sort of feels like you’re in it by yourself. 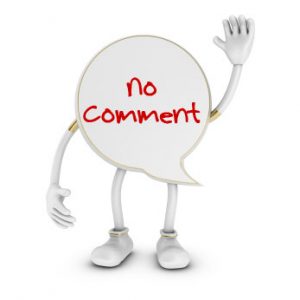 But this isn’t true, and many have traveled this tough road before you. If you suddenly find yourself attempting to save face, here is one story that may help you.

A Long Time Ago…

Well, not that long ago. But for years Bank of America has been rated as having some of the worst customer service out there. Tales of mysteriously bounced checks, missing wages, and unhelpful staff spread across the land. Of course, this only became worse when the Internet became popular and Bank of America customers far and wide could go online and complain together.

Instead of moving towards the digital age, Bank of America seemed to sidestep it. They simply offered more ways for you to call them instead of offering email. I know as a customer I was astounded when I would read “just go into the bank” to solve my problem. Really?

Things just got worse during the economic crisis. People were already mad at the banks, but then they started receiving bailouts. Things did not look good for Bank of America.

But this era also brought something else – social media use. Bank of America started making a name for themselves with their Twitter accounts. People were getting helped across the land while in the comfort of their own home, and on their own time.

They were finally making a better name for themselves. As a customer, it was a delight to know I could get in touch with a customer service agent at any time of the day. Things were looking up.

Recently, Bank of America suffered another PR disaster. To help curb costs, they decided to enact a $5 monthly fee on people using a debit card. And people went berserk! “We gave them a bailout and now they’re charging us more?” people yelled. “Where’s our bailout?”

Worse, other banks were taking notice, and implementing their own debit card fees, too. Bank of America customers everywhere were shutting down their accounts in protest.

What did Bank of America do? People were naturally very vocal on social media sites like Twitter, where the bank now had a presence. And users were upset – so they took notice, and responded. Now, Bank of America has announced they are getting rid of the fee. They finally used the medium they took so long to adopt to better their service, and saved face.

Have you planned ahead how to help your company save face in a disaster?