A Simple Guide to Asking the Media to Run a Correction

Congratulations! Your company got some media coverage. Maybe you’re featured on a popular industry blog, or maybe you even got your story in print in your local newspaper or in a magazine. But wait a second. What’s that? Did they spell your name wrong? Or wait … did they really get the name of your product wrong? Surely that’s not a typo in your website address! 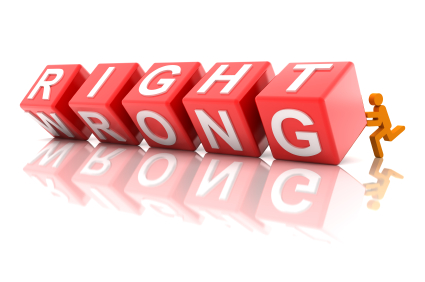 Reporters are humans. And mistakes happen. It sucks, but it’s true. Sometimes, the mistakes are minor; other times, they’re quite serious. Heck, when author Gore Vidal passed earlier this year, the New York Times got many details about Vidal’s life wrong in its obituary, and they had to run some serious corrections. Mistakes happen.

But what should you do when a reporter makes an error when writing about your company? Should you ignore it? Does the size of the mistake determine whether or not you should ask for them to run a correction? Should you be afraid of calling attention to the error?

Personally, I believe you should always ask for a correction. I know there are some who will disagree and say that you should only ask for corrections to be run if the mistake is truly significant, but I’m of a different opinion.

When something is published about your company, that article becomes a source that future reporters will use as a reference when putting together their own coverage of your company. If it contains any mistakes, you can expect that those mistakes will be repeated again in future stories about your company.

Also, reporters want to be accurate. That’s what their job is all about — getting the facts right. If they get something wrong, they want to know about it.

So, now that you understand why it’s important to ask for corrections, let’s cover a few quick tips for how to go about doing so in a professional manner.

Have you ever had to ask a reporter to run a correction? How did it go for you?

When someone writes an paragraph he/she maintains the image of a user in his/her
brain that how a user can understand it. Therefore that’s why this piece of writing is outstdanding. Thanks!