Hopping on Trends: Good or Bad in the Long Run?

Home » PR Fuel » Hopping on Trends: Good or Bad in the Long Run?

Every day you scour the web looking for new ideas on campaigns. It’s always a good idea to keep up with what everyone else is doing if only so you know what ideas are out there. You wouldn’t want to inadvertently copy another company’s idea, after all. 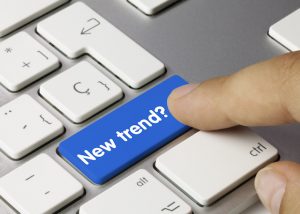 With all this scouring, though, you notice a hot new trend, one that’s blowing up the Internet. It’s still early enough in the trend that you could potentially hop on the hype train and not look like you’re trying too hard. Even better, it would fit right into the campaign you’re currently running.

But is this a long term solution? Can a trend be viable enough to last you through your entire campaign or will it feel dated after a brief time?

Flash in the Pan

Most trends, especially in this super-fast day and age, are simply flash in the pans. They come into our lives seemingly out of nowhere and leave just as quickly as they appeared. Remember the hilarious Nyan Cat phenomenon? It was literally everywhere about three years ago and then BOOM – gone.

If you were to make a campaign around Nyan Cat it would’ve come off as dated fairly quickly. Even within a few months people were rolling their eyes at the mention of Nyan Cat and a year later it was a “remember that crazy Pop-Tart cat thing?” Any company relying too much on the trend had a short life span with their campaign.

Unless, of course, they were careful enough to make sure people knew it wasn’t the whole campaign. For example, a business could’ve written a blog post series on how Nyan Cat was actually bringing attention to the pastry industry again. This doesn’t imply the company is dependent on the trend to make sales, but they are hopping on the trend to get some attention. There’s a big difference.

If you do decide to hop on a trend, you have to keep in the back of your mind that you have to explore the future at some point. All trends come to an end. People thought the Macarena would be around forever, but it all came crashing down quickly and now you can’t even mention the dance without someone gagging.

But that doesn’t mean you can’t hop on the trend for a little while. A company could use “troll face” memes in their imagery on social media, but to continue to do that for years will date you significantly (in fact, it’s pretty much too late already, just in case you were considering it). You have to think of what’s next.

Make sure to consider this ahead of time as you never know when the tide will turn. The public could get sick of the trend out of the blue and if you don’t have something else lined up you could be in trouble. But isn’t that like public relations as a whole? Have the next thing waiting around the corner or risk becoming outdated and passé.

Has a trend ever helped you gain attention for a campaign?