Why Embargoes Are Dangerous in the Age of Social Media

There used to be a time when you could get away with a news embargo on a major story. Companies would do anything in their power to hide a big event or development in order to control the flow of information. This would inevitably lead to big announcements that would make the information seem larger than life. 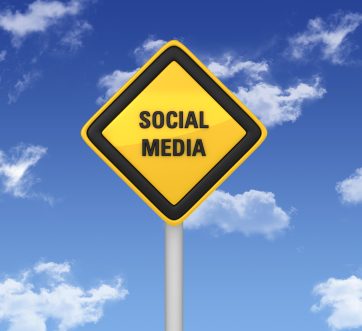 However, those days are rapidly fading into the past. Before the widespread use of social media amongst the populace, embargoes worked. But in this day and age of instant information, they are practically impossible. It takes CIA levels of stealth to pull off a real “hush hush” announcement, and even the strictest embargo can be broken.

Worse, they may actually be dangerous to your company!

News embargoes are of course still in widespread use. One arena they’re usually seen is the movie industry, as reviewers are often told to hold off publishing thoughts until a certain date. Strangely, these promises are held…sort of.

What you’ll usually find is the reviewer (or the website where they’re prominently featured) will constantly talk about and tease the actual review. These embargoes are usually held for big films rather than smaller, lesser known movies, so there is more at stake.

So where’s the danger? Filmgoers today are rather savvy, and they know when something’s up. Sometimes an embargo is put into place because the studio doesn’t want any plot coverage…but often, it’s because the response was lukewarm and they don’t want a public backlash. People know this and it swiftly becomes apparent something is wrong.

The same can happen with your business. If you have an important announcement and impart a news embargo, it could potentially backfire. Controlling the news in the age of social media is especially tough, and if one little thing comes out when people are looking for any nugget, they’ll latch on to it. Whether it’s true or not is irrelevant!

If it seems like everyone in the world is clamoring for any slice of info they can get, it may actually help you control the situation better. Anything the public hears will be automatically understood as “canon,” or official storyline. If it comes straight from your mouth, you’ve got a leg up on the whole affair, as you can control what’s said.

For instance, if your company sells official figurines from Mad Men, people will naturally be excited about them before the new season starts. The fans will want to find out anything they can, no matter how small or insignificant.

An embargo on information may cause people to wonder what exactly is going wrong. If a news story comes out saying the figurines have a fatal flaw in them, it could severely hurt sales when you don’t respond.

Instead, try to control the situation as much as you can. A little information goes a long way. You can even make a game of it – “leak” a few pics out to the public to get people excited for the real launch. This can also be a great way to gauge reaction to your product before it actually hits shelves. (Need an example? Try Apple.)

Do you think it’s possible to have a pure information embargo in this day and age?