Dealing With the Media During a Crisis

Home » PR Fuel » Dealing With the Media During a Crisis

Oh man. You just off the phone with your boss and are seriously flipping out. She told you one of the company’s warehouses went up in flames and the cause is a little suspect. There might even be some foul play involved. Worse, several employees were hurt in the fire, though thankfully none were killed. 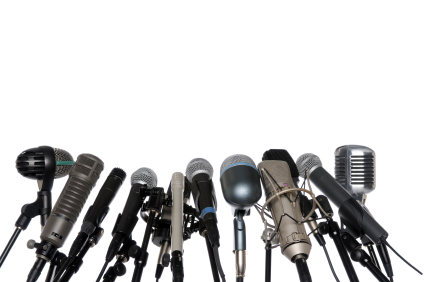 Even as you get off the phone you can feel the news outlets gearing up to call you. You’re the head of news relations at your company so it basically falls on your head to keep the company’s image afloat during this disaster.

However, it’s your first time doing this, and you’re understandably nervous. There are a few tips, though, that can help you tremendously during this time.

Here’s a real breath of fresh air: try getting on top of things by being completely open. Reporters are used to companies not exactly being 100% open, so here’s where you can really shine. You don’t have to give over every single detail, but do your best to give them what they want.

This also includes the phrase “We don’t know.” Sometimes, that’s the right answer. It’s an incredibly underused sentence, too. A simple “we don’t know, we’re looking into” goes a long way, especially when peoples’ lives and jobs are at stake. Don’t spread rumors or repeat information you can’t independently verify.

Even worse is the oft-given “no comment.” If the crisis is bad enough, people want answers. And when there are no answers from the source, the media outlets and public will eventually start to guess. Usually when that happens they imagine the worst case scenario. It’s in your best interest to give them SOMETHING to placate their interest.

Generally the journalists of the world know that there’s one person to go to in your company when it comes to news and quotes. However, sometimes another employee will get caught up in the mix. That’s why it’s important to prep everybody ahead of time.

Now, you can’t expect everyone to memorize an entire script. They’re likely to forget it anyway in the heat of the moment. However, you also don’t want your employees running away from interviews like they’re terrified gazelle. So there’s got to be a middle ground.

That middle ground is to let those employees know it’s ok to answer simple, basic questions. But as soon as any reporter starts asking difficult questions they’re unsure of the answer, tell them to deflect to you. A simple “I don’t know, you’ll have to talk to our spokesperson” will do.

Don’t Forget Your Own Message

When dealing with a crisis and the media inquiries, it can be easy to forget that your usual contacts also need to be kept up to date. Bloggers you regularly talk to, or your shareholders, or even your customers want to know what’s up, and up until now they’ve been getting it all from the news, which is typically edited down to bite-sized info.

Keep them in the loop with frequent emails. Not enough to annoy them, of course, but every time you feel like there’s an important revelation. Plans on how to keep the company running normally, for instance, or information on how the fire started. Leaving their imagination up to info they get from the news is just asking for trouble.

How ready is your company for a crisis like this?