The Pros and Cons of Giving An Exclusive

Home » PR Fuel » The Pros and Cons of Giving An Exclusive

Exclusive! The very word can send waves of excitement through the most hard-nosed reporter. Something about getting a scoop nobody else has, knowing something nobody else knows, possibly before it blows up and you can claim you were there FIRST – what a rush. 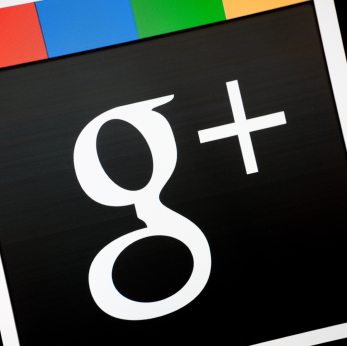 But there’s an unforeseen dark side to giving out an exclusive news story, one you may not have accounted for. While it can excite and titillate the masses, you may end up isolating yourself a little too much.

For an example of something “exclusive” gone wrong, take a look at Google Plus. Back before it was released to the public, a Google Plus was THE thing to get. It was borderline impossible and only the truly elite on the Interwebs had one. I remember after I managed to snag one some of my friends practically begging to give them access, though it wasn’t mine to give.

Flash forward a few months. Google Plus has launched and everybody is freaking out about it. It’s a humongous start for the new social media platform and people think it may even take down the gentle giant Facebook. Users are joining up every second to check out the brand new “exclusive,” no longer all that exclusive.

Another time jump forward: there are now jokes how you should join Google Plus to “hang out with the Google employees.” Basically, it’s a deserted ghost town, complete with tumbleweeds. The majority of those folks who rushed on to join all abandoned their posts (get it?) and went back to Facebook.

While a lot can obviously be blamed on Google Plus itself (it’s not exactly breaking new ground, and most people don’t like change), there’s something to be said about the way they handled the launch. In fact, it shows the plusses and minuses of offering an “exclusive” all at once.

The plusses are obvious, as Google Plus was on the minds, lips, and fingers of everyone who’d even seen a computer before. The news media got wind and started wondering if Facebook’s days were numbered.

But the fallout from offering an exclusive news story can be enormous. For one, those not in “the loop” may feel slighted. When you give out exclusives to some, others will inevitably be cut out of the deal. This can lead to hurt feelings and negative press.

This may be what happened with Google Plus, actually. Obviously the hype was enormous, as everyone in the news and blogosphere was going nuts over the service. When it finally launched to the public, people who may have flocked to it were unimpressed after all the build-up. When you can’t have something, it gets built up in your mind. Eventually it’s so big there’s no way it could live up to the hype you’ve created.

Ostracizing some news and blog avenues by giving exclusive stories to others may do this to your business as well. The news and information just seems “bigger” when it’s an exclusive. If you don’t have a properly big announcement, it could blow right back in your face when it’s all said and done.

Have you ever had an exclusive story blow up in your face?