Should You Be Giving Exclusives to Journalists?

Home » PR Fuel » Should You Be Giving Exclusives to Journalists?

Your company has a huge announcement in the works. You’re gearing up to help spread the news out to the world. Suddenly you have a revelation: let’s offer it as an exclusive! That way our news will seem even bigger than it already is. Plus, we’ll have a unique deal with one media outlet, guaranteeing lots of coverage! 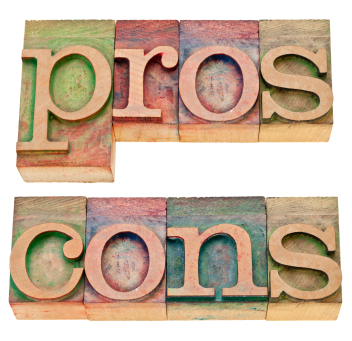 However, before you call your contact at NBC, you might want to sit back and consider. Yes, there are certain perks and pros to announcing your news through one source. But are the potential cons worth risking? Is your news actually big enough to warrant an exclusive, or are you doing it just because it seems “cool?”

There’s no denying the power of an exclusive story. It just seems to make things more…enticing. When you hear something is an “exclusive,” it automatically gives the following information a little jolt of importance.

The power of an exclusive story can also help revitalize what could be a floundering message. Perhaps you’re worried your announcement will fall on deaf ears because of the excess of noise and confusion that’s out there in the world. It’s hard making a mark when so many are chattering away, trying to grab their own notoriety.

Giving one journalist or publication the rights to your story means they will be more invested in it. As a result, they will push a little harder for it to be heard. Therefore, you’ll have a better chance of others hearing your voice above the din!

This is extremely useful for startups who just can’t seem to find the right “hook” to make themselves known. Developing a relationship with one journalist or publication can guarantee that their voice will be heard – at least once. There’s a lot of competition out there and offering an exclusive story can make the difference between success and shutting the doors forever.

What’s the biggest limitation for an exclusive story? Considering if it’s actually worth the exclusivity in the first place!

One of my biggest pet peeves is when companies send out press releases for stuff that has no business getting announced. The same goes for contacting a journalist for an exclusive story. Does the story have any reason to be some big deal? Is it a major product launch or is someone moving up in the company? The latter could be interesting, but only if you’re a company like Apple. Otherwise, nobody probably cares.

Another major con of offering an exclusive is you risk alienating literally every other journalist or publication out there. As soon as you sent out an exclusive to, say, the New York Times, the Washington Post and USA Today are no longer your allies. When the story gains traction, they may or may not pick it up…but probably not, as you burned them before. Of course, if it’s big news they probably will pick it up, but they still may not be precisely on your side. There are two sides to every news story and if you burned bridges with one journalist well… they may be more inclined to look at the side that doesn’t show you in a favorable light.

Therefore, be extremely careful if deciding an exclusive story is good for your announcement. While the pros are heavy and it can be great for a message that may not be heard otherwise, the potential cons may have lasting effects you don’t want hanging around.