The Phony Press Release Trend: Why It Hurts the Industry

Home » PR Fuel » The Phony Press Release Trend: Why It Hurts the Industry

As you pore over your morning emails, you see a press release from your company’s president that he is very sorry for the recent problems customers have encountered with the latest product release. He promises no more errors will be made in the future, but in the meantime, all customers experiencing issues will be issued a full refund. And free candy. 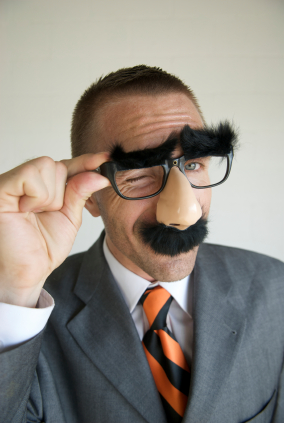 The only problem? It’s a total fake. You’ve been hit by a phony press release.

Unfortunately, phony press releases are still very real in the industry. Why are they done? Money, of course!

Last year, a licensed security broker named Lambros Ballas manipulated the stock market by issuing phony releases. He sent out one announcing Disney had acquired the IMAX Corporation and posted links to it on stock market trading message boards.

The day before, he sent out a phony release stating that a biotech, Discovery Laboratories, had obtained approval from the U.S. Food and Drug Administration to test a drug under development. Again, he posted a link on trading message boards announcing the “big news.”

Of course, Ballas had a vested interest in the stocks of these companies skyrocketing, and that they did. When he was found out, he was permanently banned from seeking the counsel of a stock trader.

Why Does It Hurt?

If we can forget for a second the very serious matters of fraud and loss of money, the phony press release trend hurts the PR industry by creating an air of lies and misinformation when it comes to companies and their public relations. In this day and age, companies and brands rely on clarity and trust to maintain their customer base.

It’s even more apparent in the world of social media, where the line between business and customer is a very short one. Any breach in that trust is potentially fatal. Cretins sending out phony releases aren’t just messing with people’s money, they’re messing with their company’s future and even their livelihood.

Just this past June, General Mills found out what happens when a fake press release hits the airwaves. Though the newswire has safeguards against it, someone managed to break in and send out a release stating President Obama was ordering an investigation into General Mills’ supply chains.

Immediately, their stocks dipped as the “news” spread. General Mills tried to do damage control, but as soon as word got out on the Internet, it was everywhere. Even today, people believe General Mills is under investigation. Meanwhile, the company suffered massive losses.

This disturbing trend messes with peoples’ lives and needs to stop. It hurts everyone in the business world and makes PR pros looks bad. Plus, if – no, when! – you’re caught, you suffer dire consequences; literally no one wins. It’s not just a game!