Choosing a Winning Subject for Your Next Press Release

If you’ve had trouble recently getting the attention of even the most faithful of your editor and journalist friends, then you may need to take a look at the type of material you’re sending. You could be getting a little too “familiar” and started figuring that everything is ok to send or even write about.

In truth, though, not every subject is appropriate or even remotely interesting enough to craft a press release around. Before you open up Microsoft Word or pick up your notepad, take a second to consider if your subject matter even makes sense. Here are some tips to think about. 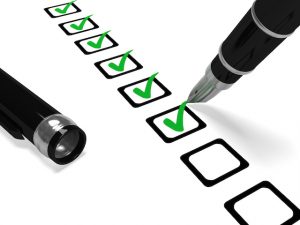 Having spent some time in a newsroom, nothing drove us crazier than getting empathic emails and phone calls from a PR rep who insisted their press release just HAD to be printed. The fact this person called repeatedly and was constantly freaking out told us one thing: the story probably wasn’t worth reading on its own.

A good press release should absolutely be its own story. If your new product won the award for Best Toothpaste Ever, that’s newsworthy. On the other hand, if your toothpaste line just got picked up by Bob’s Bait & Tackle, that’s probably not that big of a deal and you should spend your energy elsewhere.

If the average person wouldn’t see this story and immediately become intrigued, it doesn’t work as a press release. Instead of forcing the issue, wait until something noteworthy happens, or find an angle that DOES make a good story. For example, your tiny little toothpaste company selling in Wal-Marts nationwide could make a great local interest story.

Speaking of local interest, it’s important to take your audience into account. What’s newsworthy to your neighbors might not be interesting whatsoever to a national audience. However, that doesn’t mean the story is any less relevant if it suits your needs.

The above Wal-Mart example exemplifies this. In your local town of Bumpkinsville that’s a huge story – in Chicago, though, they just wouldn’t care. But this is why you should always pay attention to who you want reading your story. They would eat that story up in Bumpkinsville and other surrounding areas, likely picking up tons of your toothpaste to support a local business.

You have to keep this in mind when writing and not just when sending the press release out to the world. If you don’t, you could end up writing the wrong angle.

If It Moves You Forward

While most of the tips about press release writing revolve your readers, it’s time to think about yourself for a minute. Take a look at your last press release that failed – was it really the best representation of your company? Did it move your company forward?

For instance let’s say you wrote about a new president of the company. Is it really news? In a certain sense it is, and maybe you were justified in writing it. But what did it DO for your company? Did it raise your profile and give you a better standing in the world? Do your customers know you better now?

If not, it’s time to reconsider sending out the release. Although by some stretch it’s newsworthy, you might be better off writing about something else so the public (and those aforementioned editor and journalist friends) doesn’t feel like you’re spamming them.

How many press releases do you send out a year?