Know Your Audience When Sending a Press Release

After completing a press release you naturally want everybody in the world to read it. Friends, neighbors, and every journalist you can find an email, phone number, or physical address for in the continental US and beyond would love it if it was up to you. The release is naturally the most important thing in the world, so why wouldn’t they want to read it? 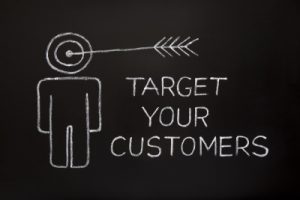 Strangely, not everyone wants to read it, nor should they. Every press release has its own audience, and that includes the journalists that might cover it or reprint it. Even if it’s just going on the web!

If you just send it out to everyone you can actually end up hurting your chances of it ever gaining traction. Journalists talk and your press release could wind up with a bad reputation, deserved or no. It’s important to figure out what your audience is before you send it off.

Naturally you want your current audience to read your press release at some point. Whether it’s a product release, a new office building, or something even bigger like getting bought by Google, you want your loyal customers to know.

But who are these people? Before you take a look, they may just be a faceless mass, people who pop up to grab some items and then disappear from your life until the next time. It’s time to turn the faceless into real people.

Of course you may be able to at least get an idea who your audience is by the product you sell or service you offer – if you repair skateboards, you’re likely going to have a skater/teen heavy audience. If you sell high-end purses, your audience is likely upper class women.

However, don’t assume too much! You could have a signification portion of grandmothers who skateboard, for example, and you don’t want to miss out on them by concentrating on the teen demographic. Get a better read of your audience by asking customers to fill out a survey to help you gather data on everything from age to other interests.

Don’t let this deter you from trying to reach out to interested parties, of course! A business can only be so successful if it doesn’t grow, and reaching out to new audiences is how to accomplish this. Press releases can let whole new sections of the population know you exist.

It’s still a great idea to figure out if the audience is viable, though, before sending out a zillion press releases to Mashable or Cosmopolitan and crossing your fingers. Hang out with your intended audience for a while on websites or in person for a while to get a better idea.

For example, you may have noticed the small grandmother audience you’ve gotten for your skateboard business and are thinking of turning it into a real cash cow. Before you send press releases to Grandmother Weekly and Knitting World, go on web forums that have a mostly older audience. There you may be able to ascertain if they would be interested in your business in a larger capacity before you waste your time and resources.

How many press releases do you send out a month?