10 Things Journalists and PRs Hate About Each Other

If you’ve been in the industry for any amount of time at all, you know that some PRs and journalists get along as well as cats and dogs. This isn’t always the case, but the truth is most journalists and PRs have at least a few pet peeves concerning each another. 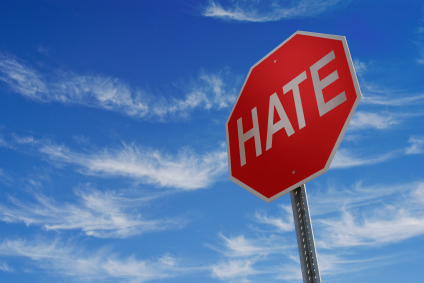 That’s why we’ve come up with this list of 10 things journalists and PRs hate about each another – 5 for each side. Enjoy and add your own by leaving a comment!

1. You don’t respect their time – Journalists have this thing called deadlines. And guess what? Those deadlines aren’t flexible, and they certainly aren’t going to get met if you try to talk their ear off on the phone. When speaking with journalists, get to the point, and if they tell you now isn’t a good time to talk, be respectful of that and try to schedule another time for your chat.

2. You send poorly written, spammy press releases – If you had to guess, how many press releases do you think are sent out each day that are actually well written and useful? I suspect it’s probably less than 10%. Don’t believe me? Just go read any online news wire. Yikes!

3. You’re difficult to contact – Your company’s PR contact needs to be easy to contact. Contact info should always be on every press release you send out, and it should also be somewhere on your website. And when the journalist actually tries to get in touch with the PR guy, he should be able to do so easily.

4. You send stories completely irrelevant to what they cover – Don’t just send out your press release to every journalist on your email list. That’s an easy way to make a lot of people hate you. You need to have your email list segmented according to the type of stories the reporters cover. This helps you make more targeted pitches so you can get the best results.

2. They don’t always ask for a comment before running a story – Assuming you’re readily available, it’s always frustrating to come across stories about sensitive subjects that reporters never asked for your comment or position on. Or just as bad is when they wait until the very last minute to call you, forcing you to resort to the “no comment” because you didn’t have opportunity to prepare.

3. They sometimes show up to interviews unprepared – At the very least, journalists need to know the basics about the person they’re interviewing. Showing up unprepared is flat out unprofessional and disrespectful. That’s all there is to it.

5. They blindly hate all PRs – Some journalists think all PRs are bad PRs. They think the PR guy is the devil that’s just there to manipulate the facts or keep them from getting the real story.

If you’re a journalist, are there any other things about PRs that get on your nerves? If you’re a PR, what are some things journalists do that make you mad? Share your pet peeves by leaving a comment.

RT @ereleases: 10 Things Journalists and PRs Hate About Each Other https://www.ereleases.com/prfuel/journali… #pr

As a journalist who recently turned PR, I think this list nails it for both sides, and I have a couple more on the PR side:

1. They show no interest in the subject they are covering and allow no time to try and understand it.

2. They fail to understand the world is not always black or white, or a story as simple a yes or no answer.

In general, it would benefit both journalists and prs to walk a day in the others’ shoes.

These “hates” would be addressed with a little understanding of life on the other side, b/c these hates would be understood and experienced.

Regarding things PRs hate about journalists is: Running a copy of a story that was first printed elsewhere without asking the PR rep if we can confirm the story. Even if the media source is reliable, mistakes happen and without PR’s confirmation copies of errors are unnecessary made.

Brian- I think you hit the nail on the head. It would benefit both sides to walk in the others’ shoes or at least take the time to understand what each side wants.

I’m on the journalism side. For me, communication is the bottom line. When I have a little down time, I like to communicate with PRs via email or social media. I like to keep it informal and try to get to know them better. This helps us be honest with each other when we cross paths over a story.

RT @ereleases: 10 Things Journalists and PRs Hate About Each Other https://www.ereleases.com/prfuel/journali… #pr

Like Brian, I’ve been on both sides and this is a very good list, especially the point about journalists who are unprepared. On the other side, what bugs me are press releases that are so full of corporate jargon that they are totally undeciferable.

I would add one other thing – mistakes in articles. We all make them but many times they could be caught by simply taking the time to re-read.

As a publicist I try very hard not to do any of the things on this list. I understand why producers and journalists want everyone contacting them to be regular fans and readers of their product but this is not realistically feasible for any of the small presses covering completely different media every month. I try to target my lists but I wish they had an inkling of the number of books I am charged with publicizing and how incredibly eclectic their subject matter is.

I think the only pet peeve I have with journalists is when they don’t bother to send a link or a clip of the material once it is up.

From my days as a reporter: I hated the PR person who didn’t know anything and wasn’t authorized to say anything or to make a decision. Everything has to go to the C suite. So can we come and make a picture, nor not?

From my days in PR: The reporter who calls at 4:30 on a Friday and wants an expert. Please.

I just had a journalist scold me not to contact more than one person at their publication…but my email was passed around by one of their editors, not me! How is that my fault? It’s not but she didn’t care.

Journalists are a**holes and they have no ethics anymore. PR people have just become overly aggressive as a result … a result of bad journalism.

Now go find your own content and do some investigative journalism yourself!

I believe Sarah is typical of the elitist attitude that is becoming increasingly prevalent in the PR consultancies of the USA.
The truth is that very few ‘reporters’ would be allowed to follow her well-meant if arrogantly expressed advice.
Any journalist who has worked for Mad Rupert or any of the other press barons will tell you that they have to do exactly as they are told, often in a climate of fear caused by the dramatic shrinking of the printed press as it tries to compete with the army of zero-overheads ‘publishers’ on the Web.
It would be nice to think that, in future, Sarah will stop turning-out a single text for a thousand publications, become interactive, and do more to help and encourage reporters who are working in the 21st century equivalent of the sweat shop.

I find this particularly interesting because at my University when you are a Journalism major, you are automatically a Public Relations major as well. The two majors coincide with each other here, but apparently they don’t in the work force. I never had thought about a negative relationship occurring between a journalist and public relations professional before, but after reading your article it makes complete sense. I only hope that I am not found guilty of any of the five things on either side. Apparently, at our university the two professions get along, because all of the professors seem to!
Thanks for the information,
Amber

How about both sides making blanket statements like this list? There are rotten apples in any field.

As a reporter, I’ve worked with some outstanding P.R. folks. One in particular works for a Congressman and has almost always been able to get me a phone call from the Congressman in a timely manner.
As for bad P.R., I haven’t often encountered one who is trying to deliberately stonewall me. More often, it’s a matter of trying to over-moderate the situation. This comes in the form of official statements (canned answers) or asking me to email the questions and get a response emailed back. I don’t mind giving topics ahead of time so the client can prepare, but if you’re trying to keep me at a distance, it makes it seem like you’re afraid I might ask a tough question. Also, reporters want to have a conversation, because you might give an interesting answer that will generate more questions. Contrary to popular belief, the average reporter is not out to get you.