When you’re first starting out writing press releases, it’s difficult to not slip up and make a few mistakes. Unfortunately, many of these mistakes come from simply not having experience in the field. Most journalists have come to notice these, so they will automatically know you’re a rookie! So to avoid looking like a total noob, do your best to avoid these five damaging goofs. 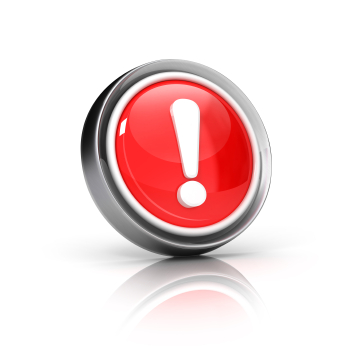 1. Your Title is Messy

Since the title is the first thing a journalist will see, it can be the beginning or end of everything. If your title is great, the reader wants to keep reading. On the other hand, if it’s terrible, you’ve damned the entire thing to the recycle bin.

Press release rookies will often make the mistake of making a super long, overly detailed title. Or, perhaps worse, they write a funny joke as a title that gives no description of the actual piece. Experienced press release pros know that a concise and straightforward title is the way to go.

Journalists learn about this on day one of journalism school, and successful press release writers learn about it the day they start trying to woo journalists. Basically, the inverted pyramid is a “plan” to follow when writing news. The important stuff goes at the “top” of the pyramid – for instance, if the story was about an event, this would cover name, date, and location. As you move down the pyramid, the info gets less important.

A rookie has no idea to follow this basic structure. He or she will throw facts and quotes in at random. This makes the journalist trying to read it confused and angry. Follow the inverted pyramid and you will have a leg up on the competition.

Yes, we’re all on the Internet now, so we all use email. But as strange as it may sound, some people actually want to call you on the phone and talk to you! Rookie press release writers may not realize this. Because of this, they forget to include phone number info on the release.

This could be important for another reason: journalists are busy. If it’s three in the morning and they need to get in contact with you about a question on your press release, an email isn’t going to work. So if there’s no phone number, they will more than likely just skip over your story and run something else.

4. You Don’t Include an About Section

If you read the same type of document over and over every day, you would want a section that gives you a quick rundown of who sent it. Perhaps this section could be called an “About” section. Too bad there’s not something like this for press releases…

Wait, there is! It has fallen out of vogue for some reason, but I argue that isn’t very important. Keep the poor reader in mind at all times. Any excuse to not run your story and they absolutely won’t. One reason could be having to do extra work to find out about your company. Write up a short bio and you’ll save time and headache.

Back in the day, wire services would use special characters to mark where the end of the release was. Often, this was “###.” There were others, but this is the one most press release writers learned in school. Of course in today’s world there’s no reason to include it – except that some journalists and scanner software look for this. I know for me, a press release doesn’t look “complete” unless those three little pound signs are down at the bottom. Go ahead and include them to forego any unforeseen problems!

One question, does the ### come before or after the “About” section?

It comes after the “About” section (aka boilerplate).