One of your employees, desperate to get on your good side, decides they want to monitor the company Twitter feed 24/7. Unfortunately, they haven’t quite gotten the hang of switching between accounts. During a particularly rowdy Friday evening they accidentally tweet about how much fun they are having with their enormous pile of beer bottles. 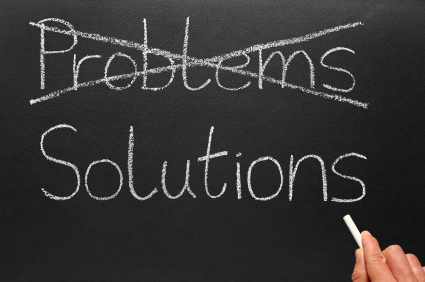 To your company’s entire database of colleagues and friends.

Even worse, nobody realizes it until much later in the evening. By then, it’s not only been noticed, but retweeted by several amused folks. Not everyone is laughing, though, and some are yelling about how unprofessional the whole ordeal is.

You can’t just ignore it. What to do now?

If something like this has happened to you, you’re not alone. In fact, just a few months ago, the Red Cross – of all organizations – had it happen to them. One of their employees forgot themselves and goofed up which account they were tweeting from. Instead of telling their friends about the beer they were drinking, they told everyone who followed the Red Cross. And that was a LOT of people.

So what happened? Did they fire the employee? Was the Red Cross embarrassed and run into hiding? No. Realizing something must be done, they sprang into action. Knowing the tweet was already out in the public eye, a small joke was made at the expense of the employee and the actual message.

The result? Universal applause. People laughed, retweeted the new message, and went on with their lives. In fact, the Red Cross saw an increase in donations after the fact, plus the brewer they mentioned online helped them in the cause. With a little brevity and wit, all turned out fine.

Of course, that case was just a small goof. The employee wasn’t even let go. However, some embarrassing gaffes need a little more TLC. This usually involves something offensive, like a derogatory comment or a racial slur. When this happens, it’s very important to tread carefully.

Anyone who slips up and makes a gaffe like this should probably be let go. If not, you must let the world know the comment will not go unpunished. If you let people think your employees (or managers!) can get away with that type of behavior it will affect your bottom line.

Now, it’s best to go on the offensive. Apologize on behalf of the company to anyone who has been offended by the gaffe. Then see what local charities you can align yourself with to show the public your company isn’t all about ignorance.  Preferably, try to find an organization that has to do with the people or group you slighted.

Lastly it’s a good idea to have a company meeting to let everyone know what happened and to be on their guard. Another mistake like this, especially relatively soon after the initial error, can be costly. It may even make the difference between survival and closing your doors in embarrassment!

Have you ever had to respond to an embarrassing gaffe? If so, what did you do?