How easy is it to jump from journalism to public relations? Some argue that it’s simple, while others say that it’s nearly impossible. Journalists do face some unique challenges when they want to make the leap to PR. Let’s take a look at the pros and cons. 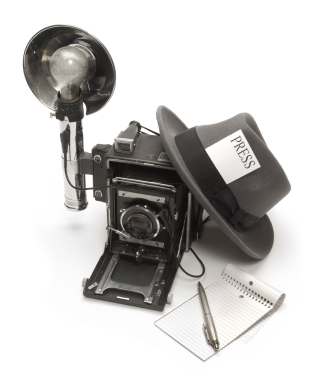 Of course one of the major pros for journalists making the leap to public relations is they understand how reporters work. This means when it comes time to send in a press release, or work with a TV station, they’ll know what to do. Often, they also have contacts they can call on to help them get into the paper or news show.

Another advantage reporters have is they know how to write. While this sounds a little strange, many PR pros neglect the art of simply perfecting their writing. Journalists spend all day doing this very thing, so when it comes time to knock out a press release or write the perfect tweet, they have what it takes.

One major thing reporters have going for them is the ability to decipher what is actually news. Often, companies will try to send out non-news as major events. The reporter will be used to seeing such nonsense come in the newsroom and kill it before it goes out the door.

On the other hand, journalists have a very set way of doing things. Creating a PR campaign entails a lot of creativity. While journalists have to be creative, in a sense, they also need to stick to certain rules. These rules (inverted pyramid, for instance) are often so rigid if the journalist has been doing it for twenty years, to turn around and change can be daunting.

Also, they may face challenges when it comes to things like client management and business development. Doing the day to day “piddly” tasks might end up being too much for them when they’re used to a chaotic environment like a news room.

Another task they face is making constant follow-up calls. When you’re a journalist, you might come to expect all your calls to be returned. Of course in the PR world this will no longer be the case. Learning to constantly be on your toes and on the phone can take some real getting used to.

Do you know a former journalist who has made the transition? Share your thoughts below.

Great post on what was a real transition for me several years ago– I made the jump from being a reporter to a PR professional and wasn’t too happy with the idea at first.

But, to your point, I had a good sense about the workings of the newsroom and used that to my advantage when pitching stories. I also honed my writing and storytelling skills for PR materials. Another advantage is thinking like a reporter and using that insight for media training.

On the “con” side was adjusting to the corporate setting, instead of the laid-back newsroom environment. Overall, I think with the communications field and with PR and journalism so closely linked, it’s easy for both sides to swap out and succeed at the same time.

Generally they are a pleasure to work with as they seem to understand the way a press photographer works and the problems they can have illustrating a story.

The ones I have seen struggle with the transition are the ones who fail to network (suck up to) clients.