Controversial PR – When to Risk It?

Home » PR Fuel » Controversial PR – When to Risk It?

Is there ever a time to step a toe over the line? While most of our time as PR pros is making sure we don’t intentionally drive people away, once in a while someone suggest a campaign that has the potential to do just that…  And it works! But how? 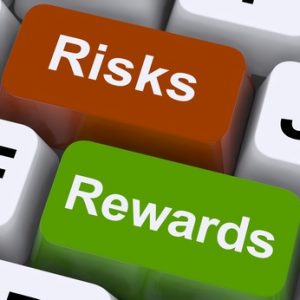 If you’ve decided to run a controversial PR campaign, you had better be prepared. You need knowledge of your customers, their likes, dislikes and sensitivities. And, oh yeah, you need luck. Lots and lots of luck. This isn’t amateur hour. However, when it works, it can really work.

When All Else Fails

Are you backed against the wall? Has nothing else worked despite your best efforts? Completely baffled while sales drop when there’s no other reason why besides your customers just don’t care? Then it may be time for a controversial approach.

There’s a restaurant called Dick’s Last Resort. I remember walking into the one in San Antonio with some friends who were already in on the joke. I, however, was in the dark. So when the waiter walked up, threw napkins at us and said “What the *bleep* do you want?” I was taken back a little.

Of course the theme of the restaurant is the opposite of your usual experience in an eatery – instead of striving to be nice, they’re openly rude. It’s part of the fun, and you’re supposed to be rude back. It’s quite relaxing as there’s no stress to be proper.

Dick’s didn’t start out that way, though. The original incarnation was a fine dining restaurant that failed miserably. As a last resort after bankruptcy, they went the totally opposite way – and it worked. They bet the farm that their customers would understand their sense of humor and it paid off with restaurants across the country.

After Dick’s became a success and spread across the US, they attempted to go overseas and take Europe by storm. Unfortunately it didn’t quite work out and the lone restaurant in London was sold roughly a year after it opened.

A controversial PR move or strategy takes knowing your customers. Dick’s figured its customers would react just fine to being embarrassed and shouted at when they went to eat because it was just so different. Plus, Americans are generally civil, but like to cut loose once in a while.

They should’ve known, however, that London was not going to work out. Being a jerk just doesn’t translate to certain places. It’s almost like telling a joke in a different language – certain things just don’t come across and might even potentially offend someone.

This is why knowing your customers is vital to trying out a controversial campaign. While you might assume, for example, a younger, hipper crowd would be down for reading crude jokes on your Facebook page, there’s a very real chance they’ll get offended or at least confused.

What’s the most successful “controversial” PR campaign you’ve ever seen?