Closing Out Your Press Release with a Bang

Home » PR Fuel » Closing Out Your Press Release with a Bang

Many words have been typed about the beginning of a press release. And it’s true; making a first impression is vital to making it into a newspaper or magazine or anywhere else. If you don’t knock their socks off right away they’ll simply move on to the next press release. 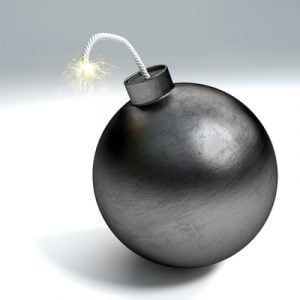 But the ending of the press release can be just as important. They say that most people only remember the ending of a movie or book, so why wouldn’t that work for press releases? Whether or not that’s actually true is up for debate, but you can’t let a strong press release fizzle out in the dying moments. It could leave a bad taste in their mouths and prevent your release from getting printed.

Need some help on closing out your press release with the proper flare? Here are some tips.

Remind Them Why You’re Awesome

Adding “flair” to a press release rarely works out. You don’t want to hype yourself and your company too much because it comes off as a sales pitch. When that happens editors and journalists are most likely going to move on to the next press release.

So a little goes a long way, and the end of the press release could be the place to do it. After all, if you’ve stuck to the pyramid method (all the most important info goes up top) then you have a little time to knock it out of the park at the end.

Let’s say the press release is about your new product. It’s in a line that’s won awards in the past. However, you haven’t been able to include anywhere else in the press release as it feels so self-promotional. The end paragraph might be a great place to talk up these awards.

Your press release is about the release of a new product. However, you’ve also got an event that’s circumstantially tied to the release of the product but you’d still like to include the info. Where would this go?

That’s right, the end is a good place to try it out. Again people are more likely to remember the end of a piece because it was the last thing they read. If it’s a call to action, literally a “go do this” statement, then they might actually go do it versus if it’s in the middle somewhere.

So for instance you could say “Wacky Vacuums is holding a charity event at the Wacky Pavilion where you can see their new TurboLux Vacuum line in person. For more information call 555-555-5555.”

A Little More Info on the Company

Did you have some info you think is vital to the public understanding your company but it won’t fit anywhere else? The end of the press release is a great place to stick this info as readers that got that far might want to know what you’re all about. This is a great place to really let them know what makes you tick.

Of course you don’t want to just throw incidental, pointless info in there. That would wind down the press release in ways you don’t want it to. Instead, try to focus on an aspect of your company that you think compliments the story.

For example, the fact most of the staff travels around the country talking to customers in person could be a nice inclusion if they’re going to do specific dates to talk about the new product. Or you could mention that your 10th anniversary of opening the company is coming up if it coincides with the release of the product.