5 Memorable Advertising Characters and Why They Worked

Home » PR Fuel » 5 Memorable Advertising Characters and Why They Worked

Since long before I was born, companies from nearly every industry have been using advertising characters to achieve marketing success. In highly competitive markets, a character goes a long way to make a company stand out from the crowd. 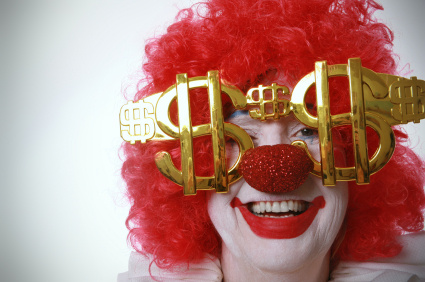 It’s pretty simple really. Characters in ads work because they allow brands to relate to customers on a deeper level. By creating a fictional character that represents the brand, a company gives customers an actual personality to connect and build a relationship with. It’s much easier to connect with a character than it is to some faceless company selling a mundane item like batteries or tires.

Equally as important, the characters stick around over time, and through their regular use, the characters strengthen the bond they’ve created with consumers. Think about it: Would the Geico Cavemen have been as effective if they’d only showed up in one ad? Of course not. Building relationships takes time, and that’s why characters are used for years, even decades.

Take a look at the following 5 characters. All of them meet the points on this checklist.

1. The Marlboro Man – Love him or hate him, there’s no disputing just how effective the Marlboro Man was. The macho icon positioned Marlboro as a real man’s cigarette. Even when reports came out about cigarettes causing cancer, consumers followed the rough-and-tumble image created by the Marlboro Man and continued taking charge and lighting up. In the year the Marlboro Man was introduced, the company’s sales rose by an incomprehensible 3,241% over the previous year.

2. The Energizer Bunny – The Energizer Bunny is the perfect ad character because it does a perfect job of capturing the product’s unique selling proposition: batteries that last longer than all others. Many found the Bunny to be annoying, but that’s the point. He doesn’t stop, and neither do Energizer batteries.

3. Ronald McDonald – Ronald McDonald is McDonald’s. He captures the fun, friendly vibe the fast food restaurant uses to appeal to kids and their parents. There’s even a charity attached to his name, further humanizing the character and the company. It’s no coincidence that Ronald McDonald’s introduction coincided with McDonald’s becoming the dominant fast food chain.

4. Geico Cavemen – Geico knew that buying insurance was a hassle. Customers would rather inflict self harm than go through the irritating process of switching their insurance. They needed a way to show customers that switching to Geico was incredibly easy. What better way to do it than by placing Neanderthals in a modern setting? “So easy, a caveman can do it.”

5. Snap, Crackle, and Pop – Again, these characters perfectly exemplify what makes Rick Krispies so unique. Eating Rice Krispies was an experience. The cereal would literally make snap, crackle, and pop noises, making it fun for kids and something that separated the cereal from all others out there. Never underestimate the role sounds, noises, smells, and the other senses play in making your product memorable.

What are your favorite ad characters?

My favorite has got to be Louie the Lizard from the Budweiser commercials. (Notice that I said Budweiser (this was what the frogs in the commercial said) not Bud.

Jack … spokesperson for Jack in the Box.

Muchos Gracias for your blog article. Much thanks again. Really Cool.

A round of applause for your blog post. Really thank you!