Apostrophes are tricky things for many people. I see them misused all the time, in blog posts, press releases, marketing materials, etc. And while you might think a misused apostrophe is nothing to call the grammar police over, I beg to differ. Misusing an apostrophe can change the meaning of words and an entire sentence, and it just matters. 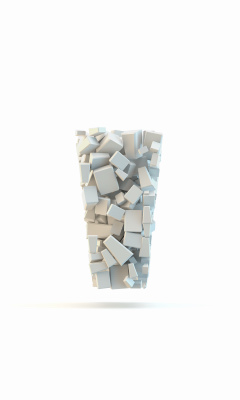 Now, before I go over some of the most common apostrophe mistakes, allow me to give a brief lesson on the purposes of apostrophes.

Apostrophes are used to indicate missing letters in contractions. For example can’t  is short for cannot. Don’t is short for do not. It’s is short for it is. You get the point.

Apostrophes are also used to show possession or ownership. For example, the boy’s shoes or the President’s wife.

So, now that you understand the main uses of apostrophes, let’s talk about some of the mistakes you need to avoid when using them.

It’s not raining cat’s and dog’s, it’s raining cats and dogs. Apostrophes are not typically used to make words plural. If you want to make a word plural, you usually just slap an s on the end of it and leave it at that. No apostrophe is needed.

Now, there is an exception to this rule as was pointed out by a reader in the comments of a post a while back.  If you’re trying to make a single letter plural (as was the case in the title of the previously mentioned post: The 5 C’s of Quality Press Release Writing), you do use an apostrophe to make that single letter plural.

Mistake #2: Confusing it’s and its

I see this one get screwed up all the time, but it’s really pretty simple. It’s (with an apostrophe) means it is, like it’s going to be a good day. Its (without an apostrophe) indicates ownership, like the dog chewed its bone.

The reason this one is confusing is because apostrophes are often used to indicate ownership, but this is an exception to the rule.

Mistake #3: Confusing their, there, and they’re

This is one of those rules that was drilled into our heads back in elementary school, but some of us still slip up when using these words.

Their indicates possession, such as we are going to their house.

There refers to a place, such as place the bags over there or there is a bookstore on Main Street.

They’re is a contraction of the words they and are. For example, they’re coming over for dinner at 6 tonight.

Mistake #4: Confusing your and you’re

Our final apostrophe mistake is another one that we learned in school but that still gets messed up all the time.

Your indicates possession. For example, do your homework or clean your room.

You’re is a contraction of you and are. For example, you’re going to get in trouble if you don’t clean your room.

Remember, even the best of us make apostrophe mistakes when writing quickly, and you can’t rely on word processors to always pick up these mistakes. You need to be a careful, attentive editor so you can catch these mistakes and correct them.

Are there any other common apostrophe mistakes I left off this list? Share them by commenting below.