Imagine Articles About Your Business in Newspapers, Trade Publications, Blogs, Magazines, and More.

This is a PR campaign engineered to succeed that will drive traffic, improve SEO, and bring you better customers—the kind who rarely price-shop and who are ready to buy.

Isn’t it time for you to step out of the shadows and become discovered?

…still getting customers months later with no further effort.

“We began receiving media requests for interviews and received coverage online, in print, and on television! As a direct result, our internet presence increased more than tenfold, and we are still getting customers months later with no further effort on our part.”
— Linda M. Lopeke, The SMARTSTART Coach

Imagine Just One Article in a Major Publication

Imagine a PR campaign of 6 press releases that garners just one media article, and it’s the right article: smack dab in your ideal trade publication or major newspaper. I’ve had many clients say the right article for them has been worth tens of thousands of dollars in sales and credibility. I’ve had more than one client get over a million dollars in sales from a single media pickup. 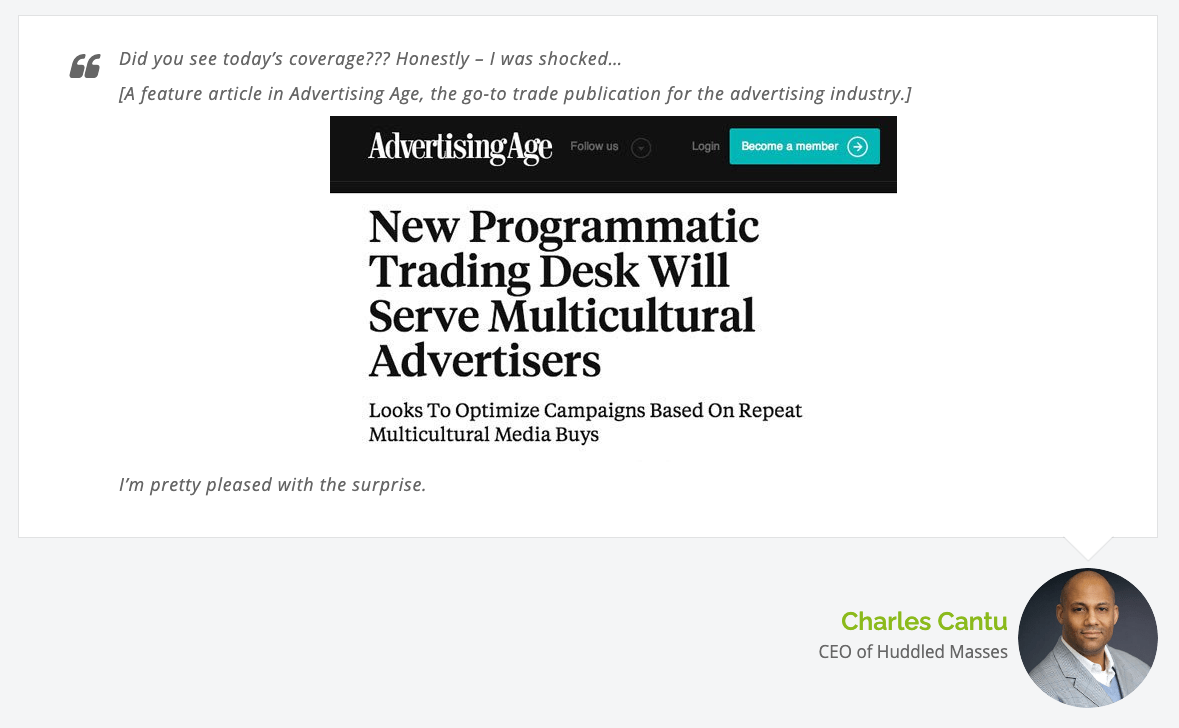 Imagine that this article lives on, driving traffic and customers to your website much longer than an ad campaign.

Imagine, you can share that success with your leads and social media. 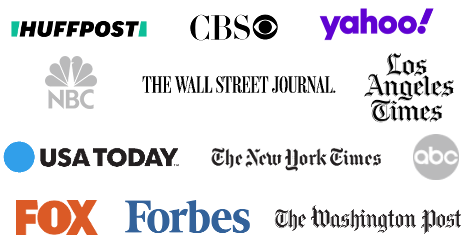 Not only is it possible with a press release service that sends your release to subscribing journalists and over the #1 press release newswire—PR Newswire—but I’m going to give you my insider secrets in my Monetize Your PR Program designed to turn that one measly media article into more than a dozen media pickups from a single PR campaign of just six press releases.

Imagine an article about your business in the Wall Street Journal, USA Today, ABC, CBS, NBC, The New York Times, Forbes, and more.

What I’ve Learned Over the Past 22+ Years

After noticing that the majority of press releases fail, I began to detect trends and patterns among the few that consistently succeeded. I have studied the releases that work and learned that anyone can enjoy press release success if they follow my Monetize Your PR Program. It’s built on a framework of winning PR campaigns, giving you an edge when it comes to developing your own press releases.

Imagine – A Program Designed for You! 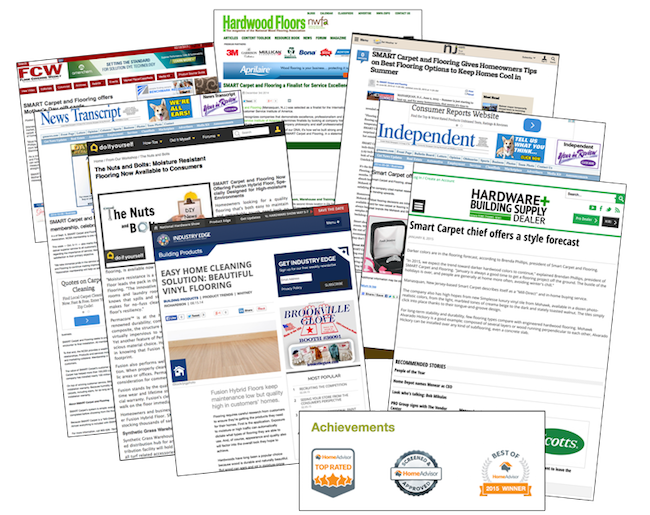 While this program works well for startups, entrepreneurs, online stores, and small businesses, I have even used it to get media coverage for a local carpet company in New Jersey. To be perfectly honest, I cannot think of a more non-newsworthy company: it’s local; it’s mostly a commodity business; it was doing very little that was unique. However, we were able to identify industry blindspots begging for the types of press releases we were sending.

We also got major industry coverage for a small automotive company by authoring a survey, something nearly any business can do. I even include a simple hack that gives you free access to relevant respondents. 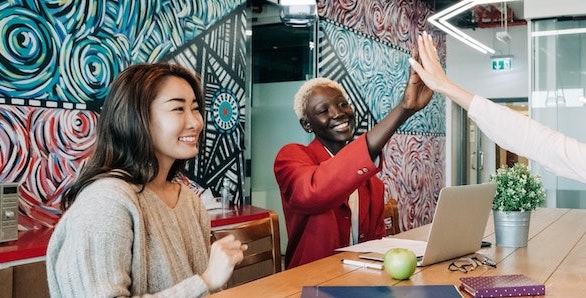 Success hinges on your press release strategy. Without one, you will likely experience PR failure. Very few people care about what you want to announce. You must learn the art of giving a journalist content that his clients want to consume so that they do care.

The Monetize Your PR Program teaches you ways in which you can manufacture your own newsworthiness and get articles written about your business. 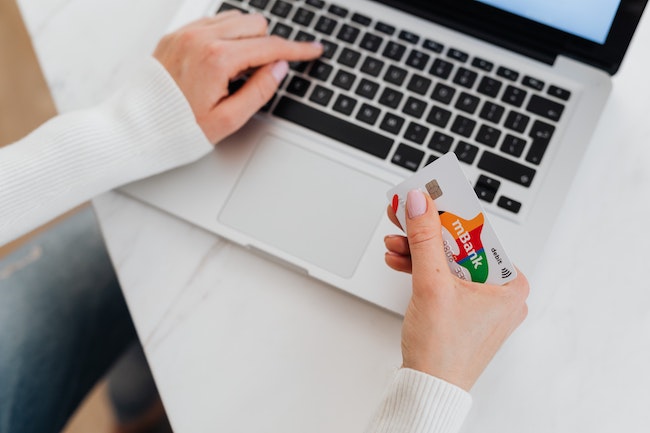 We have all experienced this. You read an article about a cool little company and you want to buy from it, so you click on a link or do a Google search to find them, then you buy. It’s human nature.

We all love stories and hidden gems. Journalists often act as curators so when they spotlight a startup or small business, it creates an implied endorsement where readers feel a connection and immediately want to buy from that company. This is true in newspapers, magazines, blogs, and more.

My Offer to You: Monetize Your PR Program

I’m going to give you my Press Release Strategy Blueprint so you can build a campaign of six press releases designed to succeed from the beginning. You will test six winning press release strategies that have a track-record of success. You will also receive six coaching calls with actual editors who can review your press release(s) or help you throughout your PR campaign.

I have yet to have anyone who followed my blueprint not get real media attention, earning at least six articles from a proper campaign of six press releases. On average, most clients generated more than a dozen articles, some more than 20 articles.

We Support Your Success Through Coaching 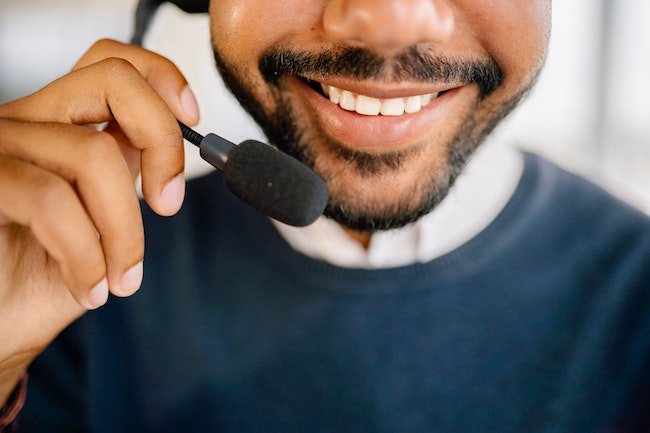 Receive 6 PR Coaching Consultations to schedule with an editor. Think of this as a phone-a-friend service, whether you want to use each for strategy, reviewing a press release you’ve written, or just get advice.

Receive six (6) PR Pro Distributions, our most premium press release distribution, including a custom national send over PR Newswire, the oldest and largest newswire of press release. Each release includes one Cision Influencer List, in which we hand-select a list of reporters, bloggers, and influencers who would be interested in your news, then send the press release by email directly to each specific person.

The Value — And Savings

For a limited time, your investment is just $2,999, which includes the Video Training, Six (6) Coaching Calls, Six (6) PR Pro Press Release Distributions, and my Risk-Free Guarantee. Note that the six (6) PR Pros carry a retail value in excess of $3,000.

The Video Training in my Monetize Your PR Program is less than one hour—not an overwhelming course of 40 hours that you keep putting on the back burner and never finish. We have designed this for you to get started quickly to build a winning PR campaign.

My Risk-Free Guarantee to You 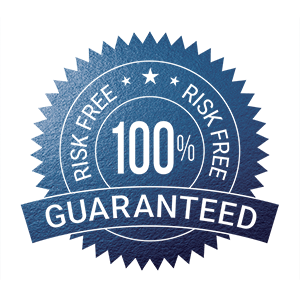 Risk Free Special Guarantee: If you purchase this Coaching & Distribution package, then follow the steps outlined in the Training and don’t see media pickup after issuing your six press releases, you can send additional press release(s) at no charge until you get at least six articles.

You will have a full 12-months to complete your PR campaign.

Writing can be added at any time for just $300 per press release.
Feel free to use them as needed.

I believe business owners and entrepreneurs deserve real press and actual visibility. And that takes dedicated attention. Here, we edit your release to maximize its newsworthiness, send to media contacts we have personal relationships with, and follow up to ensure your release gets the kind of visibility you deserve. eReleases acts as a dedicated partner to you; committed to getting you the most press possible, across every corner of the country. With eReleases, even small companies get game-changing coverage in major publications. Finally, you’ve found a press release distribution service that gets you measurable results, at a special price.

PR Newswire is the nation’s biggest, oldest, and most respected press release distributor. And we’re eager to pass along our partnership benefits to you – giving you access to PR Newswire’s national exposure, at substantial savings. Even better, we maximize this exposure by giving you tons of extras, like editorial review and follow up, subscribing journalists, PR SpamShield™, stand-alone sends, and WireWatch Proof of Distribution. Our unique partnership status coupled with our editorial expertise allows us to give you results that literally no one else can.

At Last, Your Story Cuts Through the Noise…

There are lots of press release distribution services online today. But at eReleases, you get something unique.

“Before doing a press release I had doubts – like are journalists really going to see these press releases or are they just going off into the abyss? I found that eReleases was really invested in the success of their customers. My business has been picked up in magazines and on TV and radio [including Huffington Post, Cosmopolitan, Daily Mail, Yahoo! Lifestyle, Philadelphia Inquirer, and more]. eReleases will help you get your company in the news every step of the way.”


…several key media outlets, two of which went on to do editorial features about us.

“eReleases made the entire process very simple and the results were very impressive. On our first release, we got the attention of several key media outlets, two of which went on to do editorial features about us. Great experience.”


…five media inquiries, one of them a call with the executive producer of a national morning TV show.

“In the three days since the press release was sent, we’ve received five media inquiries, one of them a call with the executive producer of a national morning TV show. Getting eReleases’ value along with the power of the PR Newswire distribution engine is the best of both worlds.”

“My press release with eReleases got me coverage in approximately 13 different publications, as well as a segment on a local television show! As a result, I received 10 new clients and approximately 4,200 website hits! eReleases is the best in the business as far as I am concerned and, therefore, they have no competition! They offer the best prices and the most ‘bang for your buck.'”