As a PR guy, one of my least favorite words is “retraction.” Any time I hear that word, I know it’s usually not a good situation. From retracting a press release to getting the media to issue a retraction for a mistake they made, things just never seem to turn out well with retractions. 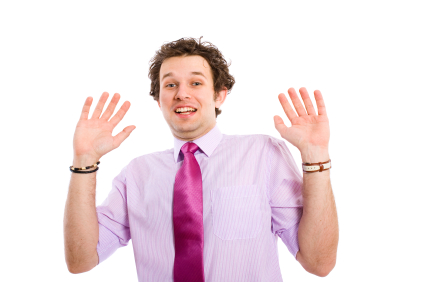 On one hand, retractions are troublesome because they often don’t get as much attention with the public as the first story.

Here’s a recent example.  Green Bay Packers star QB Aaron Rodgers was caught on video “snubbing” a cancer patient who was waiting at the airport to get his autograph. When the video was released, everyone immediately began criticizing Rodgers, calling him insensitive, awful, egotistical, and a range of other insults. The media was painting him to be a despicable human being.

Turns out, they were wrong.

A little research showed that Rodgers actually has a long history of raising money for cancer research and helping cancer patients. And guess what? He had already met that young lady a week before at the airport and given her an autograph at the time. He was simply preoccupied this most recent time, and the short video clip made things look way worse than they actually were.

Of course, some media members swallowed their pride and issued retractions to their stories with apologies. But guess what? The damage was already done. The retraction hasn’t gotten nearly as much attention (ReTweets, air time, etc.) as the initial story. Many people still think of Rodgers as the jerk who didn’t sign the autograph.

Is it okay to retract your press releases?

And then, you have the other side to retractions. Sometimes, retractions do get attention … for all the wrong reasons.

As someone who has been in the business for a while, I’ve had more than a few clients who will issue a press release and decide to later retract it. Most times, they want to retract the press release because it didn’t include something they wanted to mention or they just aren’t crazy about the wording. Or they don’t really have a reason at all.

I almost always advise against this. Why? Because the retraction makes it look like something bad is going on. It catches the media’s attention, and they start hunting for blood. These types of retractions often result in nightmares for clients, because it paints a bull’s-eye on their backs.

In general, I only like to retract press releases when serious factual errors have been made. In cases such as these, the news isn’t accurate, so it needs to be retracted. That’s okay. Just make sure you state these errors in the retraction so that the media doesn’t get suspicious and go on the attack.

I’ll say it again. Retractions suck. I don’t even like hearing the word. What about you?