Is there such a thing as a perfect press release title? Obviously there are good and bad ones: titles that grab attention and titles that are easily skipped. But as far as perfect, does such a thing exist? 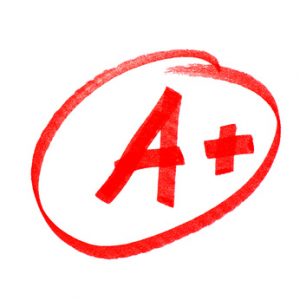 Of course there’s no such thing as “the” perfect press release…but there is such a thing as “a” press release title. This is because for every press release there’s an amazing title waiting out there for it, and it’s your job to find it each and every time. Reaching this pinnacle is no small feat, though, and there are several things to look out for.

You can’t really say “four words maximum for a title” or “no more than 50 characters and no less than 14” as that doesn’t take anything else into account. At the same time, though, there are a few rules to follow when it comes to length.

For instance, you absolutely cannot have some gigantic title. This will automatically scare away anyone who might even be remotely interested in reading your press release. A giant title (Despite the Explosion in Their Factory, Fantasy Teddy Bear Fun Inc. Declares They’ll Survive Forever) implies the rest of the release will be a nightmare to slog through, and a busy reporter or intern will skip over it as fast as they can.

On the other hand, a teeny tiny press release title can also terrify a reader. They could take it as a sign you’re not confident in the material or don’t even have enough to fill out an entire press release. Also, something like a one word title (EXPLOSION!) does not give the reader any idea what it’s about, and why would they read it?

So while there’s no idea length, you should strive to cram as much information into a small as place as possible. Something like “Fantasy Teddy Bear Fun Inc. Vows Survival” gets the idea across without boring anyone.

This is another tremendously arbitrary thing to consider, but your title has to capture the attentions of readers or the release is doomed. Again, there’s no universal way to do this, and sometimes there is no telling what people will react to.

However, you should know what will at least grab eyeballs. For instance if there was an explosion at your factory there’s undoubtedly news about it, which means you can play with that in the title. People want to know more about it, especially people in your community.

In this case a title like “Local Company Vows to Stay Open” isn’t exactly amazing, but “Teddy Bear Fun Inc. Stays Open Despite Disaster” could make every editor in the area salivate. This is because they’ve all covered the news of the explosion already and are anticipating the arrival of your press release.

But it doesn’t have to be anything as dynamic as an explosion to capture eyeballs. The most mundane thing in the world can be amazing with the right title. If your VP of Sales moved up to President, that’s not world breaking…but a human interest title like “Local Man Complete Move from Janitor to President” could get some attention.

Have you ever written a perfect or near-perfect press release title? What was it?