Turning a Press Release Into a Viral Video

Whether a press release gets printed by all the media outlets you wanted it to or completely tanks, there’s always a sense that there’s nothing else you can do with it. Its purpose has been used up and aside from plopping it up on your website’s “news” page, there’s no reason to keep it around. 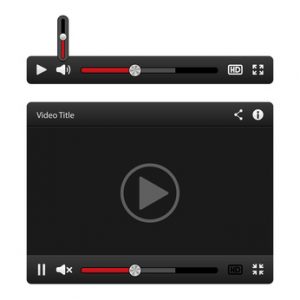 Except there’s actually quite a bit more you can do with a press release. Some companies use old ones as ideas for their social media posts. Others use them to create a series of blog posts to give readers a more complete view of their products.

One avenue that isn’t quite so explored is the viral video route. It’s possible to take a press release, either successful or less-than-so, and make a great video that blows up the web. Let’s take a look how you can do it.

The first thing you want to do in identifying a great video idea from your press release is to find the angle. Now, you may or may not have the same angle in your video that you do with the press release, so don’t feel like you have to stick to it. What’s important is to find a direction that would work well with your video.

While the press release – designed to generate traditional media coverage –  had to remain impartial, the video you create can be much more “partial.” Look over the press release and see which points you can expand upon – for instance if you said the 6000 is much faster in the release, really play that up in the video.

This video is your chance to show your company’s true personality. The hardiest PR pro would be hard-pressed to say that any press release shows off a company’s personality. Press releases by their very nature need to use neutral language.

The video, though, can show your fans how you truly feel. Do you really think the 6000 is that much cooler than the 5000? Don’t just tell them – show them. A video that can truly go viral doesn’t just speak at viewers, it shows them something new and unique. It can be funny, weird, intense, even scary…just not boring.

What about your press release stands out to you as “filmable?” To really show how fast the 6000 is, you can set up a series of locks the new model can be programmed to unlock in no time flat. You could even stage it as a “reality show” type contest with real people or actors pulling off the stunt.

No matter what you choose to try, this gives you the chance to show what your company is really about. Better yet, if the video really does go viral, you can design the next one in a similar manner to keep the ball rolling.

Is there a nugget of video gold in one of your recent press releases?