Social Media To-Do’s for Your Next Press Release

The trick is to not only accomplish this task but make the press release interesting as a news piece. So you don’t want to write a press release that basically lists reasons why people should check out your store or business, mainly because it will never see the light of day. So what’s a quick and easy way to get people on the right path to buying things from you? 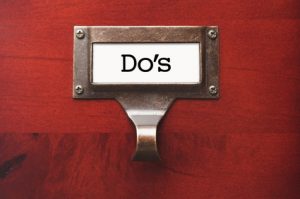 Why and How it Works

For the most part, your social media sites are where people will go when they want to check out your business before actually making a purchase. If someone reads your press release and thinks, “Hmmm, I really want to find more info on Super Funtime Tea Cups” they’re going to Google you then they’ll look for you on Facebook.

It may seem like talking about Facebook in a printed press release won’t work – readers can’t exactly click on anything – but even just mentioning the fact you have social media sites reminds people to look you up. Simply saying “find us on Twitter, Facebook, Google Plus, and Yelp” can transfer into users looking you up.

Also, most media outlets have a website of their own. When they post the press release on their website or blog they’ll include any links you provided in the press release. Make sure your social media sites are linked so you get that traffic from the media’s website.

Before you even link or talk about social media on a press release, you have to get everything set up first. The last thing you want to happen is a ton of readers hop over to your Twitter page and find a bunch of junk they can’t use. Or, worse, information that actively chases them away from ever looking you up again.

So go through and amp up all the social media sites you plan on linking to, plus some of the heavy hitters you’ve never touched before. Even though you don’t use LinkedIn yet, it doesn’t mean people won’t look you up there. If they do and you have no presence, there’s no guarantee they’ll head over to another social media site to hunt you down. Better your chances by at least getting a small presence on each site and linking to sites you use every day.

As mentioned above, make sure to include social media links in your press release. Also, word the release to where it makes sense if the links aren’t there. Check out this press release example: notice how they come out and say flat out they have a social media presence, including Facebook, Twitter and even Digg. This gives the reader several options to choose from and chances are each one will be on at least one of those sites.

Do you get social media traffic from press releases?