Is anything more complicated than foreign policy? Discerning each region’s customs, the particulars of language, and even what times to contact a government representative can all make huge differences in countries’ relationships. If you thought your campaign was intense, well … 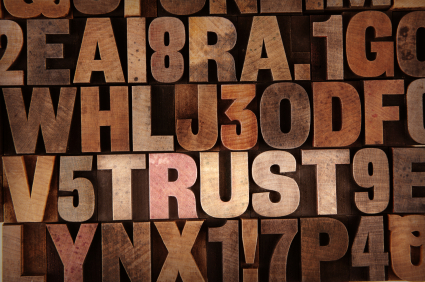 To a degree, public diplomacy is America’s PR campaign. We constantly need to maintain our image to the rest of the world, and that involves some of the same methods used in business PR.

This depends on the administration that’s currently in charge of course, but openness and honesty is fairly important in public diplomacy. Diplomats travel and communicate back and forth all the time, especially when there are important issues to figure out.

Knowing how to communicate properly is key. Proper listening tools are also very handy, especially if the conversation is filtered through several interpreters. And the cultural differences mentioned above are no laughing matter – one little slip up can destroy all relations between countries. (Read: Wikileaks.)

This is the same as it is with your business. If you don’t learn how to talk to your customers, your business is toast. And if you forget to do proper research and offend even a small portion of people with something you say, you could be looking at the end of your business.

A trust agent is someone who represents your company and the public trusts enough they listen and believe what they say. The recently deceased Steve Jobs is an example of a trust agent, as he was the face (or some say “sweater”) of the company, and Apple’s loyal followers believed what he said.

The United States has a trust agent in the President, but it doesn’t end there. Countries friendly to the United States have US diplomats stationed within, and vice versa. This is to establish a trusting relationship with each other. They all became “trust agents” for the hosting country.

Honestly, any US visitor to a foreign country automatically becomes a “trust agent” whether they like it or not. To the people who meet them, especially if they have no other experience with the tourists’ home country, those US tourists are how everyone in the United States acts. That’s why it’s always important to be on your best behavior when you’re abroad! For business owners, this means being careful who you empower to speak for your business.

Sometimes, things go awry, and you need to fix them. When it comes to public policy, this can literally be the difference between life and death if the problem is big enough. That’s why measures need to be taken, and fast.

So much like a business in this modern cybernetic world, the government must act fast when disaster strikes. This is not only to settle issues that might crop up in other countries, but also to make sure the citizen of the United States don’t panic. When information is so readily available through so many means, it’s bound to reach citizens’ eyes and ears very quickly. Damage control means knowing you’re at least getting the message out that you’re not ignoring the problem and it should be all fixed soon!

How else is public diplomacy like PR for a business?

Generally I do not learn post on blogs, however I would like to say that this write-up very compelled me to try and do so! Your writing taste has been surprised me. Thank you, very great post.