A media advisory alerts the media, in a concise manner, to upcoming events (like a press conference). Think of it like an invitation that answers only the important questions: Who, What, When, Where, and Why. 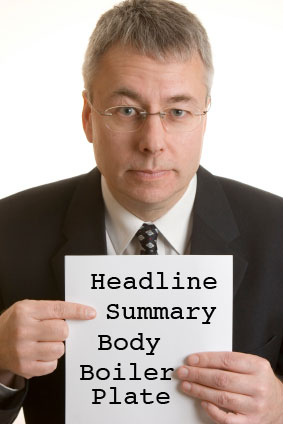 Key elements of a media advisory

-It should be brief and to the point.
-It should contain a headline detailing the most important information.

-It should include the five W’s mentioned above.

The format of a media advisory

-At the top left side of the page, write MEDIA ADVISORY.
-Underneath MEDIA ADVISORY, include the date of your event; for example, “For Sept. 19, 2004.”

-At the top right side of the page, include your contact information.
-At the bottom of the page, type # # # indicating the end of the advisory.

A press release has a different purpose than a media advisory. It should read like an article, with quotes and facts, to stimulate possible pick-up by small papers and to generate print and broadcast reports at larger outlets. Whereas a media advisory offers basic information, a news release creates an image and story that journalists can use alone or use as background when writing a story.

Key Elements of a News Release

-Your release should be written like an actual news story, in the inverted pyramid style of news writing—with a headline and the most important information at the top.

-Your release should include quotes from spokespeople.

The Format of a Press Release