Is Your Press Release Actually Timely?

Thanks to the internet and social media, news spreads faster than ever before. Something that happened a day ago or even a few hours ago is already considered “old news” and no longer generates much interest as people have probably already moved on to something else. Timeliness is everything in today’s news world, and that’s a point you must remember when writing your press releases. 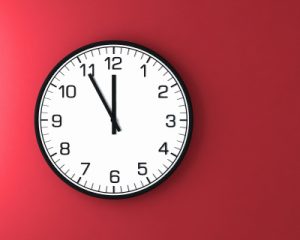 As I’ve said before, timeliness is one of the qualifications for determining whether or not your story is newsworthy. Like I said then, “Just like a Christmas tree recycling story won’t fly in July, a press release that deals with old news isn’t going to cut the journalistic mustard. Know lead times. If you want your Veteran’s Day story in a magazine, you will likely have to send your release months in advance. For newspapers and broadcast, editors and producers will usually still need a couple of weeks lead time unless your press release deals with breaking news.”

The question you have to ask yourself when writing a press release is this: Why is it important to issue this press release now rather than last month or even next month?

If you don’t have a good answer, your story probably isn’t very timely.

There’s a reason newsjacking is so effective. You’re injecting your own story into a breaking news story. You’re telling a timely story and people want to read it because it’s relevant at that moment.

If you want to be timely, you should:

So, before you send out your next press release, ask yourself, “Is this really timely?”