The past several months have not been kind to athletes. This year alone, we’ve already witnessed two major sex scandals from top sports starts. But these guys aren’t the first athletes to find themselves in a PR scandal, and they certainly won’t be the last. 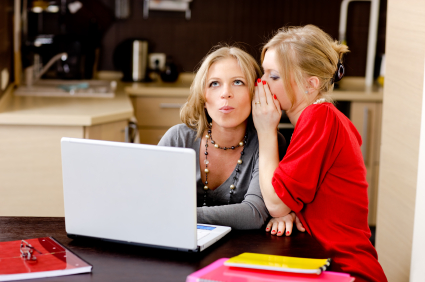 Here are 8 people in the sports world who have been derailed by outrageous scandals.

1.     Tiger Woods – The Tiger Woods sex scandal is one of the longest-lasting scandals I can remember. It first started in November of last year, and it continued to remain a popular topic up until Tiger’s return to golf earlier this month. Almost every day during this nearly six-month stretch, you could find a new story involving Tiger’s sex addiction. It was an amazing run.

2.     Ben Roethlisberger – This is the most recent athlete sex scandal. We’re still learning new things as this post is being written. What we know so far is Big Ben has been accused of sexually assaulting two different women in a span of eight months. Just last week, the NFL suspended Roethlisberger for 6 games in the upcoming season. It’s worth noting that the quarterback was never found guilty on either charge.

3.     Barry Bonds – Not all athletes are plagued by sex scandals. In the case of Barry Bonds, the all-time home run record holder got accused of using steroids. In baseball, where numbers mean everything and records are almost considered holy, these accusations didn’t go over well with fans at all. Evidence shows Bonds did in fact test positive for three different types of steroids, and prosecutors are trying to use that evidence to show Bonds lied to a federal grand jury when he denied juicing.

5.     Tonya Harding – At the 1994 Olympics, Harding hired a gang of thugs to injure rival ice skater Nancy Kerrigan. A lead pipe got bounced off Kerrigan’s knee, but she was still able to compete. This led to major media coverage, and the Olympics achieved historic ratings.

6.     Pete Rose – While many athletes recover admirably from their scandals, Pete’s scandal caused permanent damage to his career. Rose holds the record for the most career hits in baseball, but he is banned from being inducted into the Hall of Fame or from working another MLB job ever again. Why? Because he was caught betting on games when he was a manager, putting the game’s credibility in jeopardy. After nearly 15 years of denial, Pete finally confessed that he bet on baseball. It was too little too late.

7.     Greg Oden – NBA big man Greg Oden has earned more attention for his behavior off the court than his play on the court. The oft-injured center made a splash when leaked nude photos hit the internet. The self-taken cell phone photos embarrassed Oden, leading to a quick public apology. Hopefully, the youngster is able to overcome his injuries and build a career so that this isn’t what he’s always remembered for.

8.     Michael Vick (and Ron Mexico) – Vick makes this list by being involved in two major scandals. The most remembered scandal was Vick’s involvement in a dog fighting ring. This landed the NFL quarterback in prison, but that’s not his only misstep. Vick was also sued back in 2005 by a woman who claimed Vick knowingly gave her genital herpes. She said Vick had visited clinics under the name Ron Mexico to receive treatments.

Who are some other famous athletes involved in huge scandals? Share your favorites by leaving a comment.

I found your entry interesting do I’ve added a Trackback to it on my weblog :)…
+1