Determining the Best Approach to Handle a Scandal

Well, it finally happened. Your client’s CEO was finally caught with his pants down, much to the horror of his wife. Even worse, just a few weeks earlier the CEO joined a nationwide pledge for high-powered business people to be faithful to their spouses. Now not only is there a scandal about the actual affair, there’s the added irony of breaking the pledge. 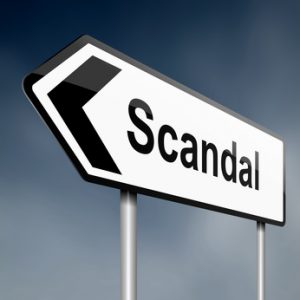 Now it’s up to you to not only soothe the angry public but to keep the actual company from going under during this period. Handling a PR scandal is the “ugly” side of being a PR pro, a side that unfortunately will come up whether you like it or not.

If your scandal is bad enough, you’re going to be hit from every side – editorials in the newspaper, on social media, angry emails, the works. It’s your job to keep everything from blowing up in your face.

One of the worst things you can do is to try and ignore the scandal and hope it all goes away. You want to act as fast as you can; not rashly, but basically everything else you’re doing should be put on hold while you solve the problem. After all, if the scandal is big enough, your other duties will vanish when the company folds anyway.

This is why it’s good to have a plan of action on file. Plan ahead with your coworkers and the company to figure out different scenarios that could go wrong. For example, if you know the CEO has “wandering eyes,” discreetly prepare for a time when that blows up in the company’s face. Or another example is if your product ends up hurting somebody accidentally.

This way as soon as things go wrong you can put the plan into action. There’s no waiting around scratching your head – you hear the news and text “execute Plan Unicorn” (or something not quite as dramatic).

Telling everybody to go into the break room and just hide until the storm is over is not the best thing to do. The more you ignore the problem the worse it stands to get. The angry throngs will just get more agitated and your silence will speak volumes. You have to respond in some way.

One of the first things you have to do is issue an apology – from the CEO, the company, and anyone else involved with the scandal. If you don’t, everything else you do is not going to mean much to the average angry customer or member of the general public. They’ll just assume you’re trying to cover your butt instead of actually making it up.

After the apology and subsequent blame assigning, it’s time to get back on track. Let the public know what you’re doing to make up for everything. Let’s say the cheating CEO convinces his wife to stick around – he still has to make an effort to make it up to his customers. A donation to a related charity could do the trick, or a recommitted effort to spread the nationwide pledge around the world.

Many of your fans and the public online will still come after you and be angry for some time. Expect for the calm down period to take weeks or even months depending on how big it is. Given time and calm stature, though, it will calm down and you can get back to regular business.