Why PR Remains the Red-Headed Stepchild of Marketing

We all know that public relations is the best thing since sliced bread, right? As PR pros we become a little isolated from the rest of the world and think nobody could ever doubt the power of what we’re doing. 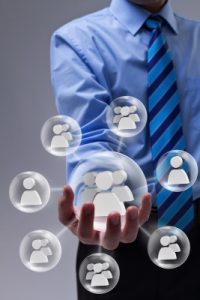 The fact is, though, public relations is still seen as the red-headed stepchild of marketing. For every great PR campaign you have a marketing campaign that everyone’s talking about. You can work 1,000 hours on a social media campaign, gain a zillion followers, and then see your work overlooked because a commercial did well.

Why does this happen?

People talk about what they see. What’s right in front of their face is what they care about. If they see a commercial that blows their mind, they’ll tweet about it, and email their friends, and post it on Facebook, and discuss it over the water cooler.

Public relations, on the other hand, is more of a slow build-up. A press release generally never becomes the talk of the town. A well-orchestrated Facebook campaign doesn’t inspire Joe Schmo to post on Facebook or talk about on the morning commute. PR campaigns usually work over time and build up a real community rather than buzz.

Marketing is always full of “buzzworthy” things people want to talk about. It’s kind of the point, really. Social media and PR doesn’t really have this, thus people don’t think it works as well (until it does).

Let’s face it – people want results. They want results FAST. If something is going to generate sales like crazy, they’re going to sing its praises. Do you think marketing or a public relations campaign is going to do that?

It’s going to be marketing nine times out of ten. If a computer company brings out a marketing campaign that’s funny and tells people the computer will change their lives (and Morgan Freeman is the one telling them this), they’re going to listen to it. It’s a measurable change.

On the other hand, a PR campaign that answers their questions, builds up confidence, gets mentions in newspapers, and lets customers know the company is dependable isn’t as explosive. The results will come, but they aren’t as noticeable, especially to a busy CEO.

People Know What Marketing is

This seems a little confusing, but hear me out. When someone sees a commercial, they know it’s marketing the company paid for. If they see a magazine ad, they know it was put there to advertise the product. What does the average person know about public relations?

I would say not much, really. When Joe Schmo goes on Facebook to complain about a company’s new return policy, does he know he’s participating in a social media campaign when the company answers him within 5 minutes? No. He just knows he’s mad and wants a change. Does he know he’s reading a press release when he stumbles upon a blog posted about the new product? Most likely not – it just seems like another blog post on his favorite website.

So marketing is definable, where PR is a little “loose.” Until the greater public knows what PR really is, the industry may stay that way. But as long as it works, does it really matter?

Haha. Totally get it.

Here’s a piece I wrote on the same phenomenon, but with a new twist for how SEO and PR are connected.

PR is no longer the red-headed stepchild of sales and marketing departments. Here’s why.