PR During Minor and Major Holidays

Every business owner wants to take advantage of the major holidays like Christmas or Fourth of July. These cultural common denominators are fairly easy ways to rally public opinion, plus there’s no need to reinvent the wheel. Everyone knows to expect deals on Black Friday, after all.  However, if you’re just concentrating on the big holidays you’re missing out on quite a bit of PR potential.

The reason is there are quite a few minor holidays throughout the year that are just as viable PR-wise as the big ones. The only difference is that your PR approach will be a little different. You can’t approach a Christmas sale like you would, say, a President’s day promotion. 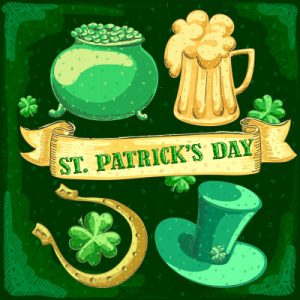 Your Customers Dictate the Importance

Why are some holidays bigger than others? Is Thanksgiving a major holiday because it’s more “important” than St. Patrick’s Day? Why do we assign such significance to some holidays?

The public! The public dictates how big a holiday is. If nobody showed up for Thanksgiving then it would just stop being a major holiday. There are no official holiday rules or anything telling everyone Thanksgiving is one of the majors – they make it so when they celebrate every year.

Similarly, your customers dictate which holidays are important to them. If your customer base is single men, chances are they aren’t going to care that Valentine’s Day is “supposed” to be a big holiday. New Year’s Eve, however, might be more up their alley.

So the first rule of deciding on a PR approach for holidays is to figure out which ones would work best for your customers. Do some analysis, or even better, ask on Facebook or through an email campaign which is their favorite. You may be surprised!

Just because your customers consider a certain holiday “minor” doesn’t mean you can’t make it work. On the contrary, you could take advantage of the fact they aren’t expecting to buy something by offering a great deal.

If St. Patrick’s Day isn’t something usually on your customers’ radar, try to think of a promotion that would get them interested. Try to figure out what they love about the holidays they think are super important and try a “scaled-down version” of it for the minor holiday.

But that’s where you come in. It’s all about the message! New Year’s Eve is also a holiday that’s big on partying but there’s also the idea you should look back on the year for reflection. Perhaps you can employ a similar sentiment on the Green Explosion holiday? As they say, we’re a lot a little bit Irish on St. Patrick’s Day!

Make the holiday work for you, not the other way around.

What’s your favorite “minor” holiday as a business owner?