Micro vs. Macro Blogging – Which is Better?

Home » PR Fuel » Micro vs. Macro Blogging – Which is Better?

You know what blogging is, but do you know the difference between macro and micro blogging? While it seems like it’s just about the size of the message, there’s much more to it than that. The types of messages and what they convey about your business can vary quite a bit depending on the medium used. 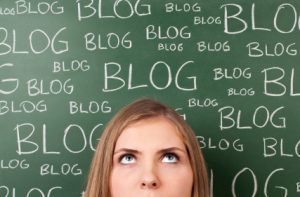 People typically think of a site like Twitter as micro-blogging, mainly because it was called that when it first came out. But it became quickly apparent that Twitter was mostly used for chatting and messaging. While there are examples of micro-blogging on Twitter, it’s not specifically a micro-blog in of itself.

You get to decide if your blog is a micro or macro simply by how much you’re writing. There’s not a pre-determined word count for a micro-blog but it’s considerably smaller and easier to take in than your typical macro blog. So which is better for your company? It all depends on what you want to convey.

This is your standard blog you see all over the web. Typical posts run around 500 words, although of course some go longer or a little shorter. However, too much more than 500 and you run the risk of boring the heck out of your audience. Let’s face it, the web has a short attention span.

These types of blogs are great for conveying a bunch of information. You can get a lot across in 500 words – in fact, this one you’re reading now is around that number. You can expand on points you wouldn’t be able to in a micro version.

When you commit to this length of blog you’re saying to your fans that you have a lot to say. It may be a bit longer than other blogs out there but it’s worth it as the information is vital. Plus, you’re able to do more with a macro blog. You have room to include charts, graphs, videos or other additions to your message.

While Twitter isn’t the only example of a micro-blog, it’s a great visual to have. You’re limited to 140 characters per tweet which means you have to be concise as possible. Of course there are ways around that (multiple tweets, extenders, etc.) but more often than not people stick to the format.

If someone is in a hurry, maybe running to the office or they just want to read something cool before they hit the gym, they’re not going to take the time to read a 500 word macro-blog post. If they did they would skim it and miss most of the info anyway. A micro-blog lets your busy readers get some great info in no time at all.

When you only post micro-blogs you’re showing your efficiency to your customers and fans. You’re telling the world you understand how busy and fast-paced everything is now and you can get your ideas across quickly and in as few words as possible. Of course on the other hand there’s always something lost in the translation, and as mentioned you might not have the same media options available to you. However, you may be able to split the blogs up into multiple bite-sized blogs, giving you more opportunities to bring in traffic.

Do you prefer macro or micro blogs? Maybe a mix of the two?