Giving a Statement to the Media? Read This First.

Home » PR Fuel » Giving a Statement to the Media? Read This First.

Whether you’re responding to a company crisis, commenting on a breaking story related to your industry, or remarking about a big merger your company was just involved in, giving a statement to the media is often easier, quicker, and more helpful than writing a traditional press release. Releasing a statement to the media is what you do when people already know the story, so you don’t need to write a press release; instead, you just need to give a comment. 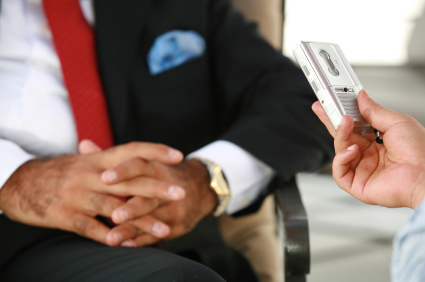 A statement is just one long quote from a single source. It’s typically much shorter than a standard press release — about half a page in length at most.  It’s straightforward and easy to write, and in many cases, releasing a statement can be done in place of holding a press conference.

But remember, when you release a statement, you’re going on permanent record, so choose your words wisely. Here are a few tips to follow when writing and releasing a statement to the media.

Kindly note some of the emotionality of hearings today can be easily explained through the emerging science of human design which teaches through DNA markings, the pathway to correct individual decisions.
One of the most important components of this system is its ability to differentiate who is emotional -49% of humanity and who is not-51%..
Brett is clearly emotional while Christine may be born to be cool as a cucumber. She can be easily become afraid of emotional people who are incorrect in their delivery of what they are feeling. Unemotiionals have feelings but do not operate on a wave. They naturally remain held back and are here to learn wisdom of when and where confrontation is necessary.

Knowing if you are emotional or not brings increasing awareness into the collective. Emotional people can easily forget things as genetically they move from hope to pain and back again. Emotional people are also good at making up stories. I myself have made up one listening to these hearings. It goes like this: Brett doesn’t recall what happened as he is on a different part of his emotional wave which produces different thoughts. It is only after time he may or may not ever remember. Clarity comes over time for him. It is never 100% for emotional people.They truly don’t remember things they did or said.d
As a collective we are at the tail end of an evolutionary movement towards the spiritualization of our emotions as a collective. My hat is off to all involved in this transition of our human species from 7 to 9 chakra energy Beings.
Thanks to anyone who may listen and understand.

Information about Human Design can be found at jovianarchive.com—–the library under resources or sashiflag.org under mission at bottom of page is a simple summary..
As this system begins to be experimented with, it will correct many of the ills of society caused by faulty conditioning. created by a lack of understanding of how to teach a child to make correct decisions. Knowledge of HD enables them to reach their potential through their use of their unique inner authority.