The 4 Characteristics of an Effective PR Campaign

What makes some PR campaigns successful while others are flops? While there are a lot of variables in every PR campaign, I’ve come to realize that the most successful campaigns share 4 things in common. 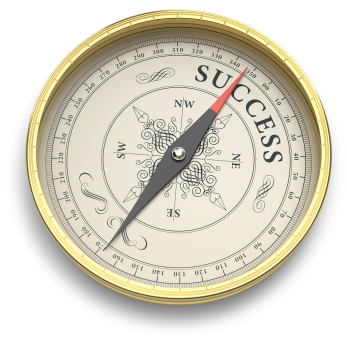 1. They have a goal – Goals provide us with direction. They give us something to work toward, and they make it easier for us to track our progress. When building a PR campaign, your goals need to be very specific (don’t try to do too much at once), easy to measure, realistic (do you really have the means to make this happen?), and deadline driven. When setting a timetable, it’s important to remember that unforeseen obstacles will pop up and some mistakes will probably be made. Give yourself a little extra time so that you aren’t constantly working from behind and rushing to get things done.

To give you an example of goal setting, Johnson & Johnson launched a campaign in 2002 to encourage more young adults to pursue a career in nursing. The reason for this campaign was that it was projected that there would be a shortage in the number of qualified RNs in the years to come. According to Johnson & Johnson, the goals of this campaign were to “enhance the image of the nursing profession, recruit new nurses and nurse educators, and to retain nurses currently in the system.”

2. They have a detailed plan for reaching that goal – Once you’ve come up with your goal, the next step is to create a detailed plan for reaching that goal. In other words, don’t just fly by the seat of your pants, dumping a press release here and there hoping something will happen. It won’t. You need to determine the exact steps that need to be taken to reach that goal. Who do you need to reach out to? Which media will be most effective at helping you spread your message?

Going back to the Johnson & Johnson example, the company’s plan to reach their goal of recruiting more people into the field of nursing involved spearheading fundraising efforts to create more scholarships for nursing students, building a website to educate young adults about the benefits of a career in nursing, and creating different recruitment materials (buttons, brochures, posters, and videos) to distribute to high school students.

3. They are well researched – Research is the foundation for all successful PR campaigns. Sometimes, you have to do your own research from scratch through polling, interviews, focus groups, etc. Other times, the data has already been collected, and you just have to sift through it.

As it relates to the Johnson & Johnson campaign, research was a key to its success. The company had statistics about the projected shortage of qualified nurses, student enrollment in nursing programs, the perception of the nursing industry by young adults, and more. By having this information, Johnson & Johnson was able to see where they needed to focus their efforts to attract more nurses.

4. They are constantly monitored and tweaked as needed – Successful PR campaigns are typically monitored throughout their duration and again once they’re completed. Tracking your results during your campaign is essential to seeing what is and isn’t working. If you aren’t getting any closer to reaching your goals, you need to go back to the drawing board to find new tactics for achieving success.

What are some other characteristics of successful PR campaigns? Leave a comment with your thoughts.

I completely agree with the goal-setting aspect of successful PR campaigns. Many clients rush into promoting a product because they know it needs to be done, but haven’t considered what specific outcome they’re looking for. Thanks for providing the real-life example, that was really helpful.